Knock knock, who’s there? Retro. Retro who? Retro movie weekend that who! (okay terrible we know).

Swinging it’s way towards us like a Howler monkey in the jungle dancing from tree to tree, another retro movie weekend has appeared and is bearing a whole host of movie fruits for us to snack on over the next few says. Some sweet, some tough and other that just slip down almost far to easy. Let’s take a look at what we’ve got! 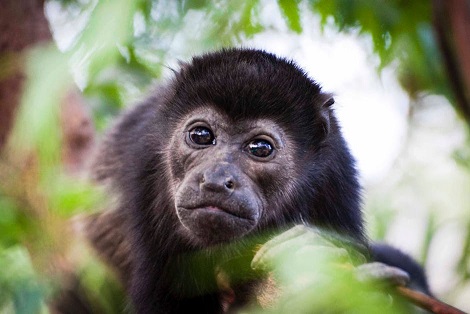 Anastasia (1997) Film4 11:00am-1:00pm (2 hours)
The lost princess from the executed Russian royal family returns to her St Petersburg home with no memory of her heritage. As she tries to retrace her hidden past, two conmen use her in a cunning money-making scheme, little realising the momentous events their duplicity is about to set in motion. Animated adventure, with the voices of Meg Ryan, John Cusack and Kelsey Grammer.

Labyrinth (1986) 5STAR 12:45pm-2:50pm
A teenager wishes her baby brother would be taken away, only to have her request granted by a band of goblins and their sinister king. She regrets her decision and sets out to rescue him, but to reach the castle where he is being held, she must find her way through a magical maze full of strange creatures. Jim Henson’s fantasy adventure, starring Jennifer Connelly and David Bowie. 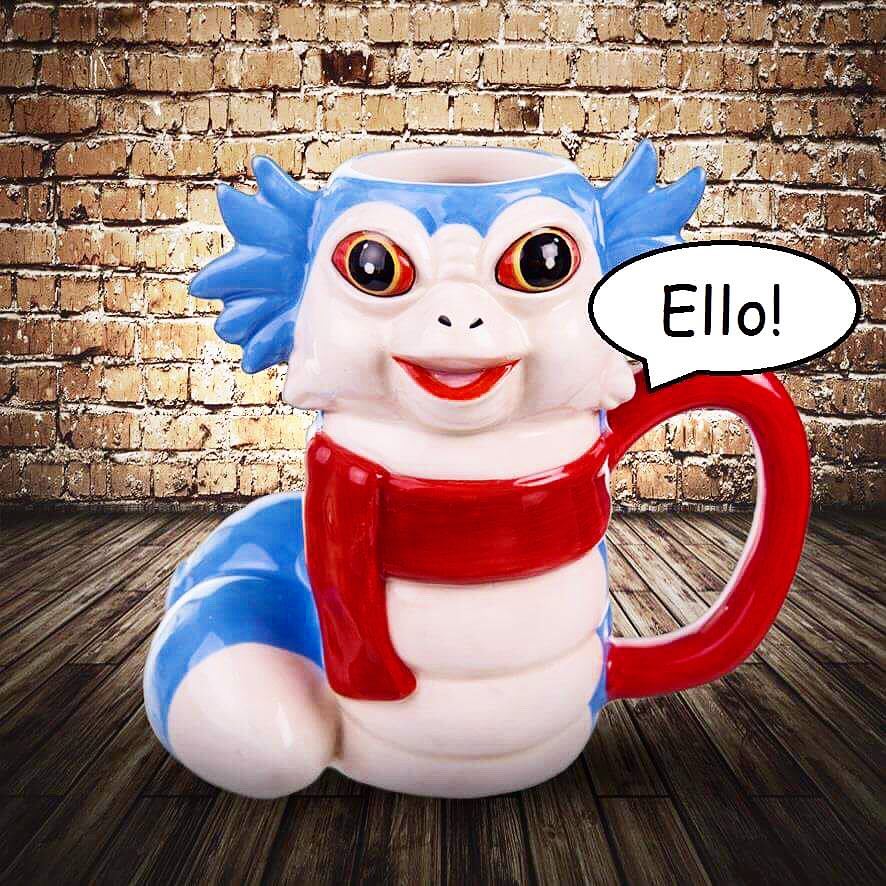 .
Flight of the Navigator (1986) Film4 1:00pm-2:50pm (1 hour 50 minutes)
A boy mysteriously disappears in 1978, and is found eight years later, having not aged a day. He escapes being experimented on by government scientists by taking off in a crashed alien spaceship. With the help of the robot pilot, he tries to find out what has happened to him and if he can get back home. Sci-fi adventure, starring Joey Cramer and Veronica Cartwright, with the voice of Paul Reubens.

.
Bill & Ted’s Excellent Adventure (1989) ITV4 4:00pm-5:45pm
Two dim-witted teenagers with dreams of rock stardom seem doomed to fail a school history project, unaware the future of the human race depends on their success. A time traveller is given the job of making sure they pass the test by sending them on a series of adventures in the past. Comedy, starring Keanu Reeves, Alex Winter and George Carlin.

.
Mrs Doubtfire (1993) Film4 6:35pm-9:00pm (2 hours 25 minutes)
A struggling actor’s ambitious, no-nonsense wife throws him out and demands a divorce. Desperate to spend time with his children, he puts his talents to good use by donning drag and posing as a Scottish housekeeper to get a job looking after them. Comedy, starring Robin Williams, Sally Field, Pierce Brosnan, Harvey Fierstein and Mara Wilson.

Good Will Hunting (1997) Dave 9:00pm-11:35pm (2 hours 35 minutes)
A troubled maths genius refuses to use his gift, preferring to work as a janitor and lead a normal life with his friends. Eventually, a university professor persuades him to see a psychologist, who befriends him and proves the only person able to help him come to terms with his talent and past traumas. Drama, written by and starring Matt Damon and Ben Affleck, who won Oscars for their screenplay. With Robin Williams, Minnie Driver and Stellan Skarsgard.

.
Guardians of the Galaxy (2014) BBC1 10:30pm-12:25am (1 hour 55 minutes)
A boy abducted by aliens grows up to be an interstellar mercenary. He and a band of misfits break out of a prison space station with a plan to sell a mysterious orb to the highest bidder – but cross a warlord, who intends to turn it into a powerful weapon. Sci-fi adventure, starring Chris Pratt, Zoe Saldana and Dave Bautista, with the voices of Bradley Cooper and Vin Diesel. 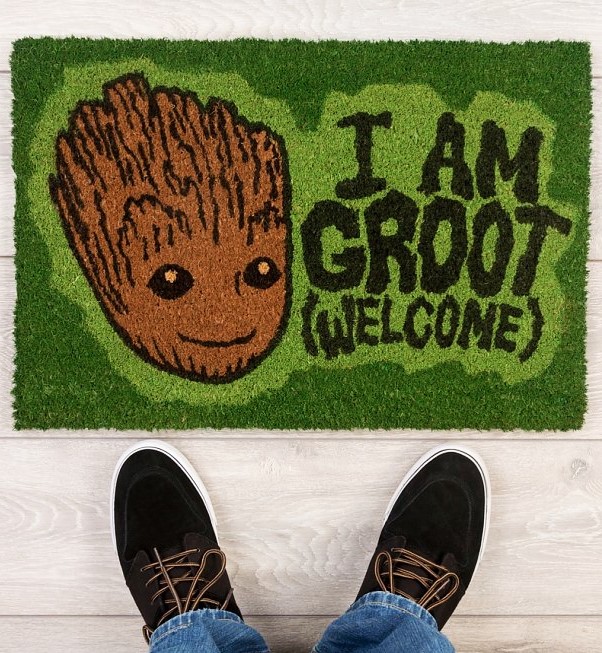 .
Predator 2 (1990) Channel 4 11:20pm-1:20am (2 hours)
A Los Angeles cop, working to bring down the city’s drug gangs, suspects Jamaican criminals when he discovers several of his targets killed and skinned alive. However, the culprit behind the murders reveals himself to be an alien big-game hunter – with the stealth and guile to outwit the police and criminals alike. Sci-fi sequel, starring Danny Glover, Bill Paxton, Gary Busey and Maria Conchita Alonso.

Father of the Bride Part II (1995) Sony Movie Channel 2:00pm-4:20pm
A put-upon father has just got used to his daughter being married, when he learns she is pregnant. Thrown into a mid-life crisis, he impulsively sells his house so he and his wife can buy the seafront retreat they had always dreamed about – only for responsibility to come crashing back on him when his wife reveals she is also expecting. Comedy sequel, starring Steve Martin and Diane Keaton.

While You Were Sleeping (1995) Sony Movie Channel 4:20pm-6:45pm
A lonely train-station attendant saves the life of a man she has been in love with from afar. He ends up comatose in hospital, where she is mistakenly introduced to his family as his fiancee. For a while, she decides to keep up the pretence – but comes to regret the deceit when she begins to fall for her supposed partner’s brother. Romantic comedy, starring Sandra Bullock, Bill Pullman and Peter Gallagher.

.
A Knight’s Tale (2001) Channel 5 4:45pm-7:15pm
A poverty-stricken squire spies an opportunity to make his dreams come true when his employer dies. He takes his place as a knight, launching himself on the road to riches by competing in jousting tournaments, but his ruse is jeopardised by a dastardly nobleman. Comedy adventure, starring Heath Ledger, Paul Bettany, Mark Addy, Shannyn Sossamon and Rufus Sewell.

.
Signs (2002) Sony Movie Channel 6:45pm-9:00pm
A former clergyman who has lost his faith since his wife’s death discovers a number of crop circles on his land. Initially believing them to be a prank, he gradually begins to suspect an alien invasion is at hand. As a series of strange and terrifying events takes place, he and his family are forced into hiding in their farmhouse, and must work together to survive. M Night Shyamalan’s sci-fi thriller, starring Mel Gibson and Joaquin Phoenix.

.
Starship Troopers (1997) Sony Movie Channel 9:00pm-11:35pm
Courageous military recruits hurl themselves into a desperate war against alien insects set on destroying mankind. They blast off for the creatures’ home planet in a last-ditch attempt to save the human race from annihilation – little realising the carnage that awaits them. Sci-fi adventure from director Paul Verhoeven, starring Casper Van Dien, Denise Richards and Dina Meyer

Whatever you’re up to this weekend, always make time for tea and don’t forget to enjoy the smaller things in life… especially the chocolate covered ones.