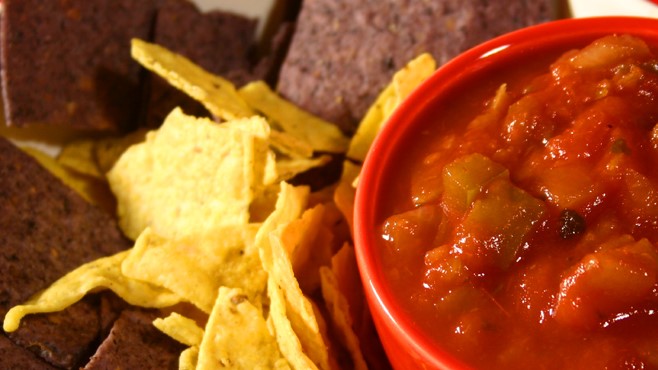 .
Independence Day (1996) Channel 4 5:45pm-8:30pm
A fleet of huge flying saucers launches a devastating and unprovoked attack on Earth. As survivors try to flee the seemingly unstoppable alien invaders, the courageous US president, an ace pilot and a computer genius come up with a plan to take the fight to the enemy and save the human race. Roland Emmerich’s sci-fi adventure, starring Will Smith, Bill Pullman, Jeff Goldblum, Mary McDonnell, Randy Quaid, Robert Loggia and Harry Connick Jr.

.
Raiders of the Lost Ark (1981) E4 6:45pm-9:00pm
Intrepid archaeologist Indiana Jones goes in search of the legendary Ark of the Covenant, a biblical artefact of devastating power. His quest leads him to Egypt, where the Nazis are plotting to use the Ark to further Hitler’s plans for world domination – aided by Jones’s deceitful French rival. Steven Spielberg’s action-adventure, with Harrison Ford, Karen Allen, Paul Freeman and John Rhys-Davies.

.
School of Rock (2003) ITV2 6:50pm-9:00pm
A slobbish guitarist dreams of stardom, but his hopes are dashed when the other members of his band kick him out. Struggling to make ends meet, he takes a job as a supply teacher at an exclusive private school, and sets about moulding his pupils into rock gods. Comedy from director Richard Linklater, starring Jack Black, Joan Cusack, Mike White and Sarah Silverman.

The Last of the Mohicans (1992) 5Action 9:00pm-11:15pm
An orphaned settler in North America is adopted by the last member of a native tribe following the death of his family. The child grows to become legendary frontiersman Hawkeye, who rescues and falls in love with a British officer’s daughter during the Anglo-French War. But a bitter Huron war chief is determined to take revenge against her father by killing her. Michael Mann’s historical adventure, based on James Fenimore Cooper’s classic tale, starring Daniel Day-Lewis, Madeleine Stowe, Russell Means, Wes Studi, Maurice Roeves and Eric Schweig.

Die Hard 2 (1990) ITV4 10:20pm-12:55am
Tough cop John McClane arrives at an airport to pick up his wife but finds himself plunged into a bloody life-or-death struggle. He must battle terrorists who have seized control of the terminal as part of a campaign to secure the release of a convicted drug baron. Action thriller sequel, starring Bruce Willis, Bonnie Bedelia, William Sadler, Franco Nero and William Atherton.

The Craft (1996) 11:20pm-1:25am
A new girl who finds it difficult to fit in at school befriends three goth misfits, who discover they can perform magic and form a secret coven. They initially use their powers for self-improvement, but eventually start to turn against their classmates, driving the ringleader insane as her lust for power takes over. Horror, starring Robin Tunney, Fairuza Balk, Neve Campbell, Rachel True and Skeet Ulrich.

Home Alone 2: Lost in New York (1992) Film4 2:45pm-5:05pm
Hapless youngster Kevin somehow manages to catch the wrong plane and finds himself heading for New York, while his family jets off to Florida. Having got his hands on his father’s credit card, he is enjoying the good life staying in a luxury hotel – until he bumps into two familiar burglars with an axe to grind. Comedy sequel, starring Macaulay Culkin, Joe Pesci, Daniel Stern, Brenda Fricker and Tim Curry.

.
Meet the Parents (2000) GREAT! movies 5:00pm-7:10pm
A male nurse delays proposing to his girlfriend until he has won the approval of her strict father, a former CIA agent who does not suffer fools gladly, and vows to be on his best behaviour during a visit to her family home. However, his efforts to impress soon collapse into a catalogue of disasters. Comedy, starring Robert De Niro, Ben Stiller, Teri Polo, Blythe Danner and Owen Wilson.

Indiana Jones and the Temple of Doom (1984) E4 5:40pm-8:00pm
The intrepid archaeologist, with his young sidekick and a nightclub singer in tow, is stranded in India, where he takes on a mission to recover magical sacred stones from the hands of an evil cult engaged in human sacrifice and child slavery. Steven Spielberg’s action-adventure, starring Harrison Ford, Kate Capshaw, Ke Huy Quan and Amrish Puri.

You Only Live Twice (1967) ITV4 8:50pm-11:10pm
James Bond is sent on a mission to uncover the truth behind the disappearances of Soviet and American space capsules before the mutually suspicious superpowers go to war. The trail leads to Japan, where Bond finally comes face to face with his arch-enemy Blofeld. Spy thriller, starring Sean Connery, Donald Pleasence, Akiko Wakabayashi and Bernard Lee.

.
Independence Day (1996) 4seven 8:00pm-10:45pm
A fleet of huge flying saucers launches a devastating and unprovoked attack on Earth. As survivors try to flee the seemingly unstoppable alien invaders, the courageous US president, an ace pilot and a computer genius come up with a plan to take the fight to the enemy and save the human race. Roland Emmerich’s sci-fi adventure, starring Will Smith, Bill Pullman, Jeff Goldblum, Mary McDonnell, Randy Quaid, Robert Loggia and Harry Connick Jr.

Whatever you’re up to this weekend, always check you have all the ingredients before you start cooking, even if you usually always do!