One for all you fellow The Office fans out there!

Not only was the US adaptation of The Office a multi-award winning sensation, but it was a true cult phenomenon that had millions of us tuning in and laughing, crying and definitely cringing through its 201 amazing episodes.

Thanks to its incredible script and pretty out-there characters, almost every moment and every scene would throw totally quotable lines at you and no thanks to our almost ritual viewing ever since the show first aired backed in 2005, we’ve adopted a scary amount of these into our daily lives, usually while rocking our Dunder Mifflin TShirts too for added impact of course.

To show you what we mean and to share some of our favourites and most quotable moments from the hit show, we’ve highlighted some totally fun quotes that we say almost daily. Hopefully, we’re not alone!

“I’m not superstitious, but I am a little stitious.”

Such a classic glimpse into Michael Scott’s mind! He just never seems to quote ‘get’ things and you know what, sometimes we don’t too and that’s okay. Usually, this one is something you need a bit of setting up for but you know what, when the stars align and you can get this one out, it’s worth it. 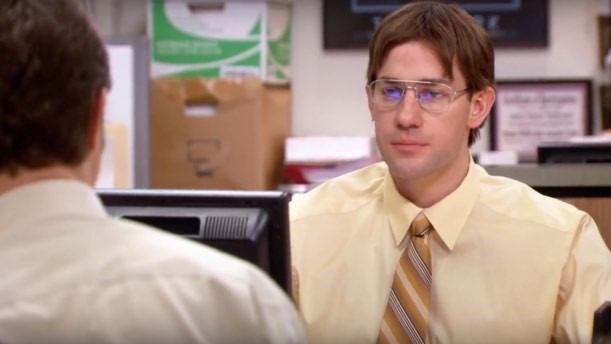 Possibly one of the most iconic lines from the show, this gems is from when Jim pranks Dwight by impersonating him like the pro prankser he is. Often one to bring out when the conversation is getting a little geeky… which is a lot with us! 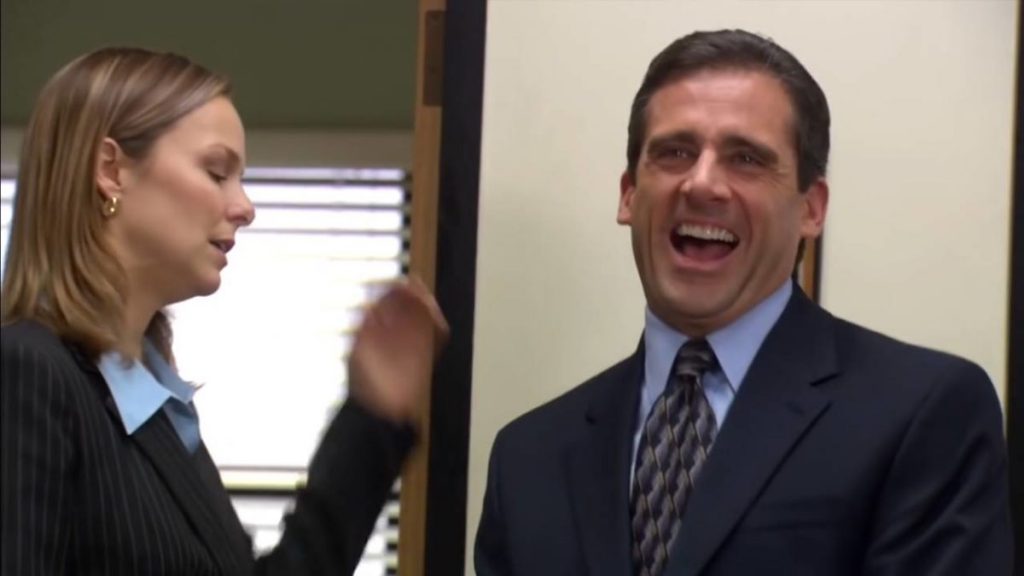 I mean… this is truly one that just keeps on giving! (that’s what she… ahh stop!) We’d be lying if we said this didn’t make an appearance at almost every group meeting, with certain TruffleShufflers anyways. You know who you are. 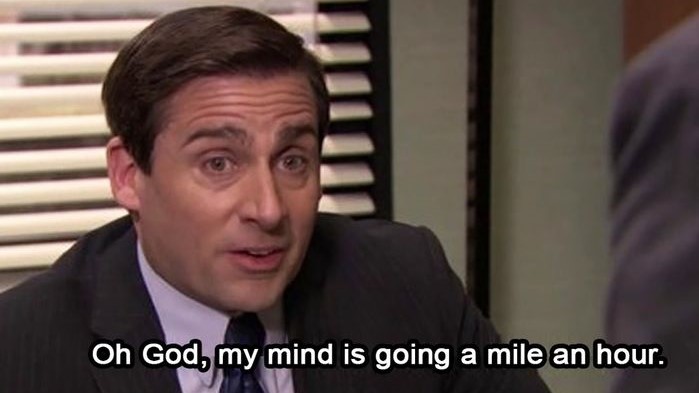 Wow, that fast? Another classic example of Michael just not getting the wording but we love him for that. One for when you’ve just heard something truly mind-blowing or you’re working something out. You will either get a laugh or odd looks. Usually both. 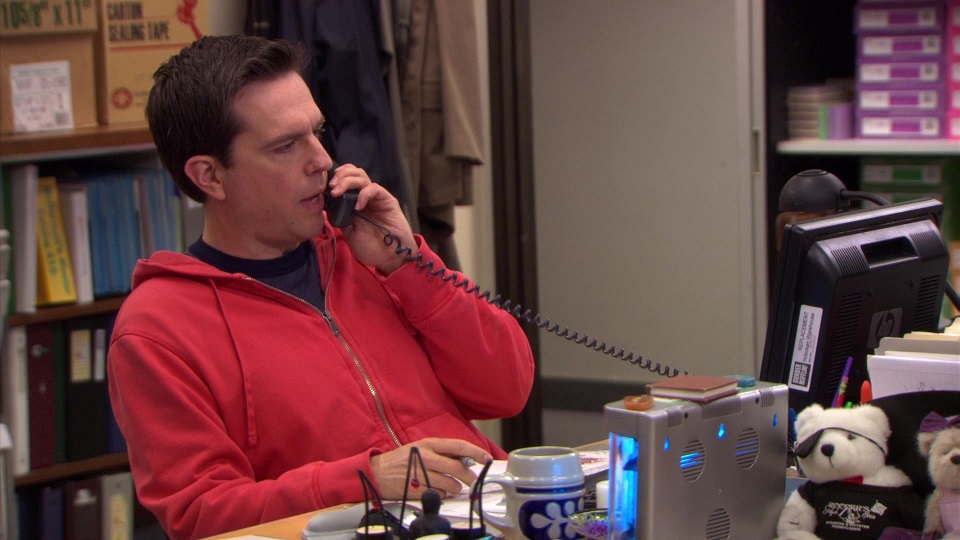 This is waaaay too easy to get into a convo or group chat! Such a good Andy moment and one that sums him up a lot. A little eccentric and always committed to the cause… whatever it may be.

“Would an idiot do that?” 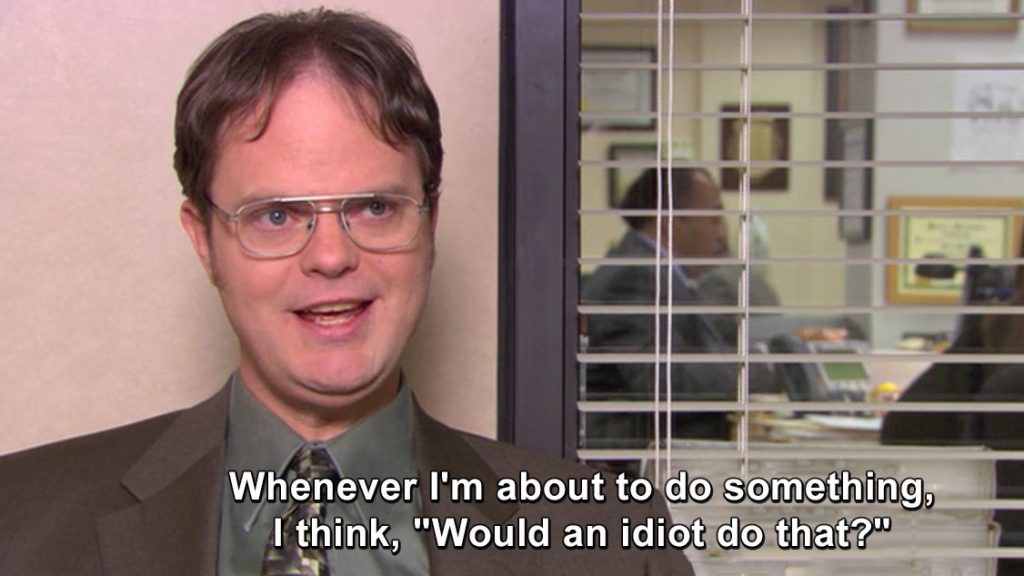 Heck, not only is this a solid Dwight moment, it’s kinda solid advice too!

“The early worm gets the worm.” 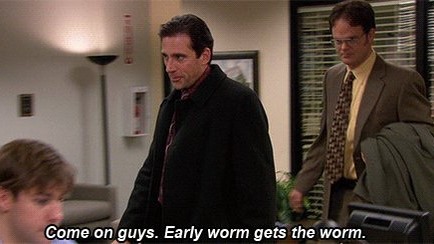 Another to probably keep back for when you’re with fellow office fans… or they might actually start to believe you’re a lot like Michael! We just love a common phrase gone wrong and this is well up there.

Do any of these ring true with you? We’d love to know if you ever have moments to bust some of these classic lines out.

If you’re always looking for ways to share your love for this iconic show, make sure you pick up one of our official The Office T-Shirts available on the site right now! 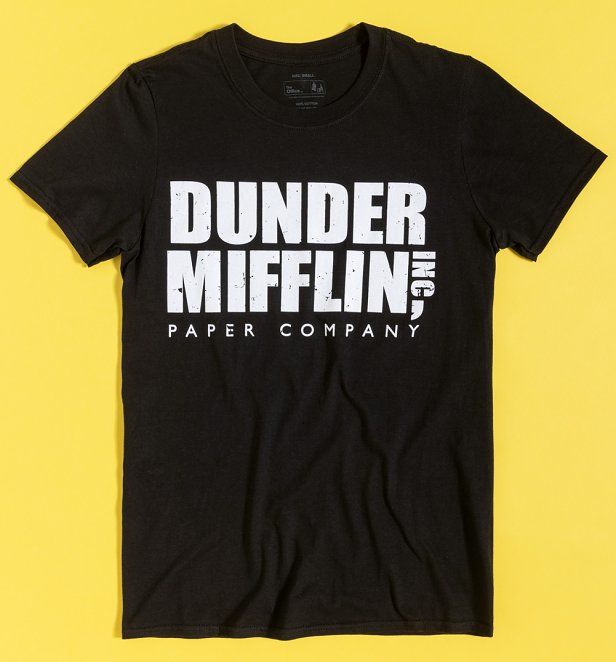 Our Top The Office Quotes We Say Almost Daily!