Calling all you Jurassic Park fans! If you’re anything like us, ever since the very first trip to Isla Nublar way back in 1993 (if you’re as old as us too!), you’ve been totally bitten by this amazing Dino world where anything can happen, and everything can, and probably will go wrong!

With even more amazing adventures being added to this now-iconic franchise with the Jurassic World movies, we couldn’t resist diving back into some of our favourite classics to hunt down some perhaps little known facts you probably never knew and might find… surprising…

.
Before heading off to watch the latest movies, in your latest Jurassic Park T-Shirt, check out some fun things we discovered about these totally classic movies! Enjoy

The T-Rex coming through the glass roof of the Explorer wasn’t meant to happen! 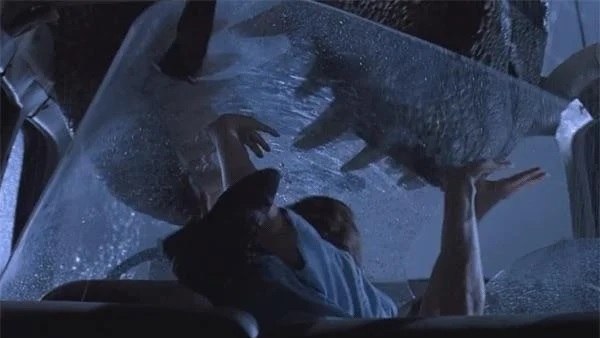 One of the best moments of our very first trip to Jurassic Park, the screams given by Lex and Tim are very much real! You see, because the giant animatronic T-Rex was so heavy, it became hard to control so when it was just meant to come up to the glass and down on the kids inside, it wasn’t meant to burst through like it did and skare them quite so much! It was so shocking, that they kept it in.

The two T-Rex parents Built for The Lost World were so big, that they had to have sets built around them and could only move along tracks. 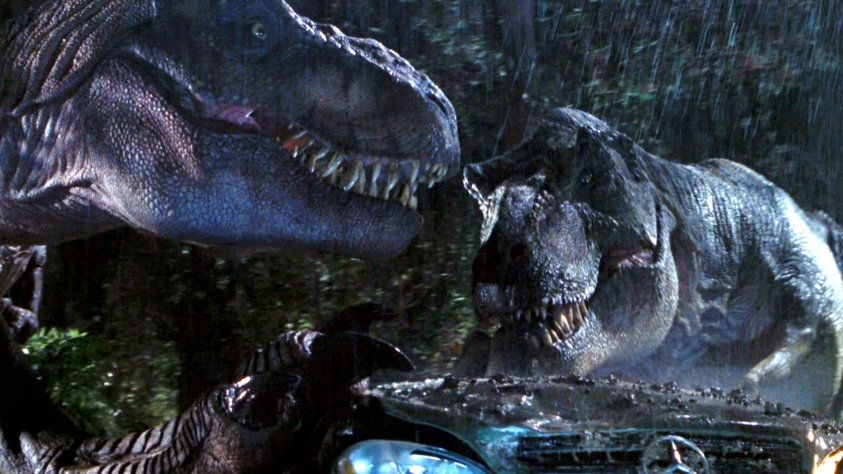 These were real monsters of the SFX world! Weighing over 8,600 kilos each, these toothy two were so big and bulky that they would have to be used where they were built, on the sound stage. This meant all scenes would need to be built around them and these would only move along specific tracks needed for each moment. Scary! 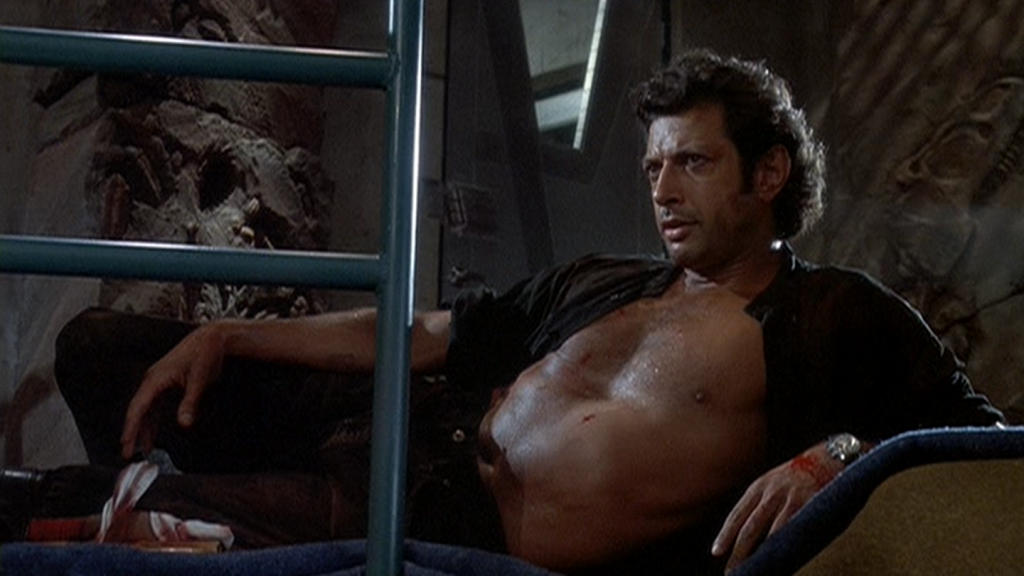 During the casting process, Jim Carrey was considered to be cast for this amazing character, however, due to some of the Jim Carrey movies that were out at the time, production were worried the audience wouldn’t buy into this rock and roll scientist that the character portrayed.

The Dig Site In Jurassic Park III Was Real 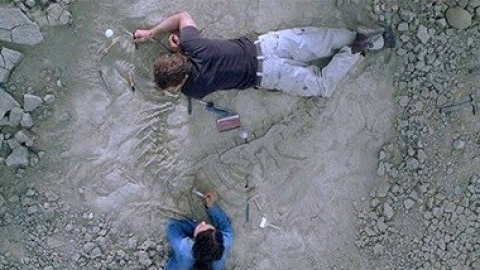 During the filming of this third movie, there were some pretty amazing dino discoveries being made which meant that the film crew could actually go and visit and film at a real-life dig, instead of creating their very own fictional one. Cool huh!

A lot of the outdoor footage in The Lost World was shot in the redwood forests of Northern California. 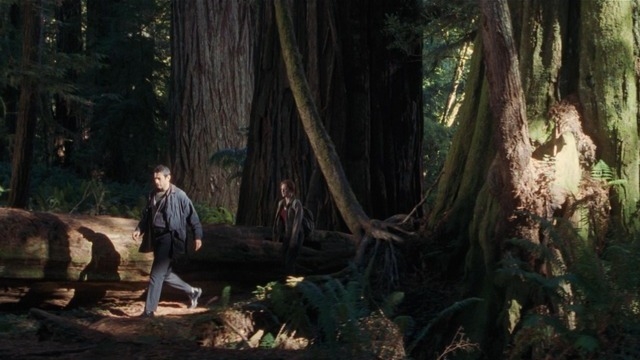 As it turns out, there aren’t many (well… none) Redwood forests in Coca Rica but they wanted things to look prehistoric so located a lot of filming there.

The Ending of Jurassic Park Was Changed During Filming 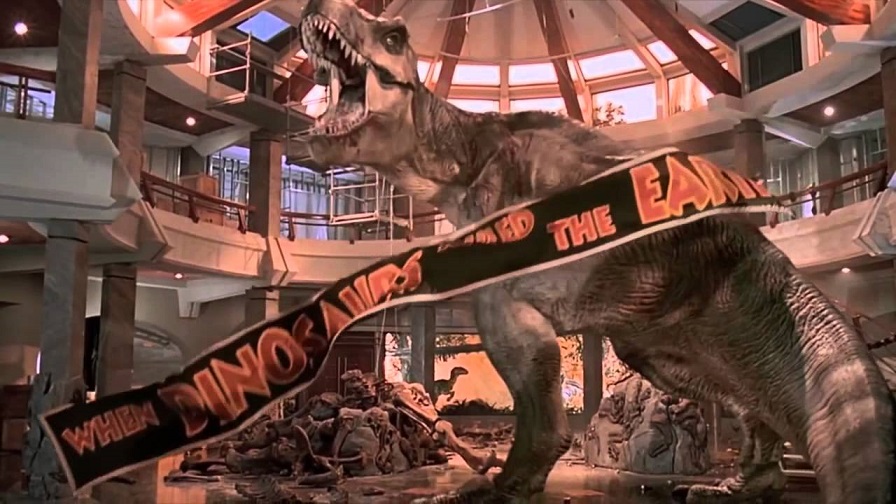 You know at the end of the first film (spoiler alert!) where the T-Rex saves them from the crafty raptors? Well, originally Dr Grant was meant to best them by using the giant T-Rex skeleton. During filming, they began to see the T-Rex as the hero of the film so decided to bring it back for one last moment, giving us one of the most iconic scenes in movie history!

Jurassic Park Filming Was Hit By A Giant Hurricane 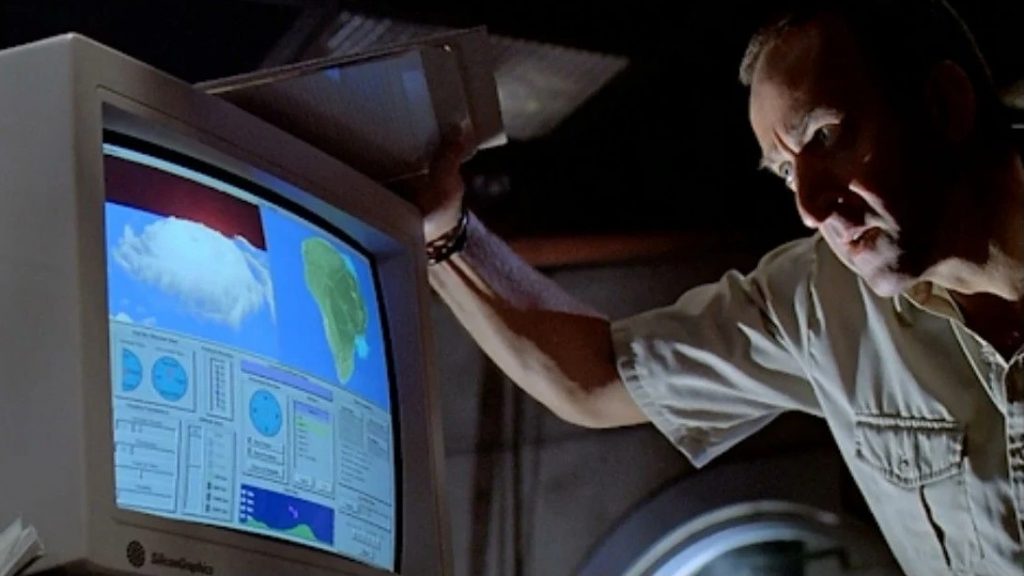 With everyone on island Kauai getting ready to film, they were hit by the full force of Hurricane Iniki, the most powerful storm to have ever been recorded there! This destroyed much of the sets and homes on the island, leaving the entire crew stranded on the island until they could be picked up via helicopter.

The Iconic T-Rex Roar Is Made Up of Several Animals. 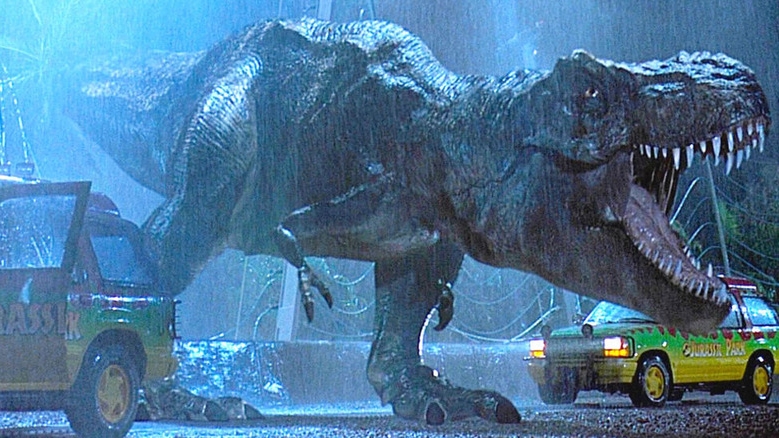 Of course, who would really know what a T-Rex sounded like? Using some creative license, the actual sound is made up of a few different animal sounds put together. These included Tigers, young Elephants and even Alligators.

Plot Holes In The Lost World Were Because Some Scenes Just Weren’t Shot. 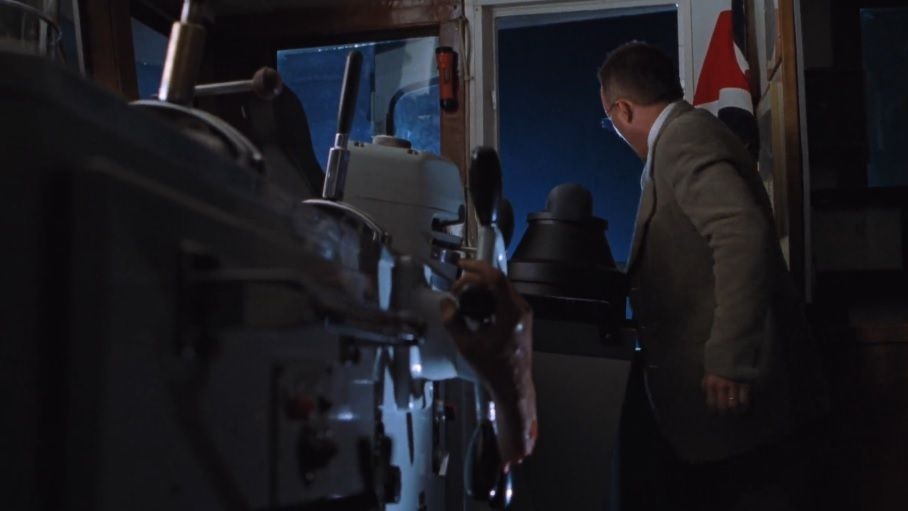 The script called for a scene where the Velociraptors got on board the Venture as it was about to set sail. As chaos ensued, the T-Rex also got loose and killed everything else aboard. This explains why many of the crew members are dead in places the Rex cannot reach. The scene was just never filmed.

Spielberg Promised To Work With Joseph Mazzello One Day, And He Did! 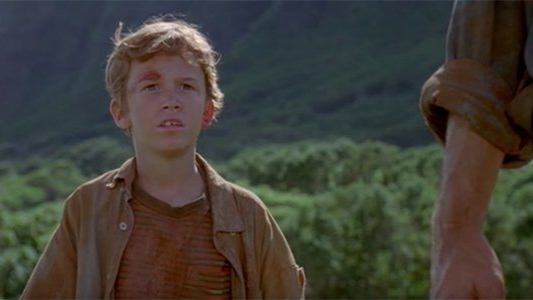 When Joseph Mazzello originally auditioned for a role in the movie Hook, Spielberg loved him so much but thought he was just too young for the role. He promised him that he would work with him one day and later cast him in Jurassic Park.

Phew! Plenty of pretty claw-some insights in there huh! If all this drama and action has left you hungry for all things JP, head over to our site to discover our complete collection of official Jurassic Park merchandise including exclusive clothing, backpacks, accessories and so much more!

10 Things You Didn’t Know About The Jurassic Park Movies