A new retro t-shirt ‘That is so this season’.

It’s time for a Spring clean! With so many great t-shirts hitting the shelves daily paired with an exciting warehouse move on the horizon…..we’re looking to clear some space! SO, what does your fave t-shirt destination do in prep for such an occasion? Shall we all wear 134 t-shirts every day? Nah. Shall we make a massive blanket out of them? Nah. Shall we hold a SALE with clothing starting from £2.99? We have a winner! 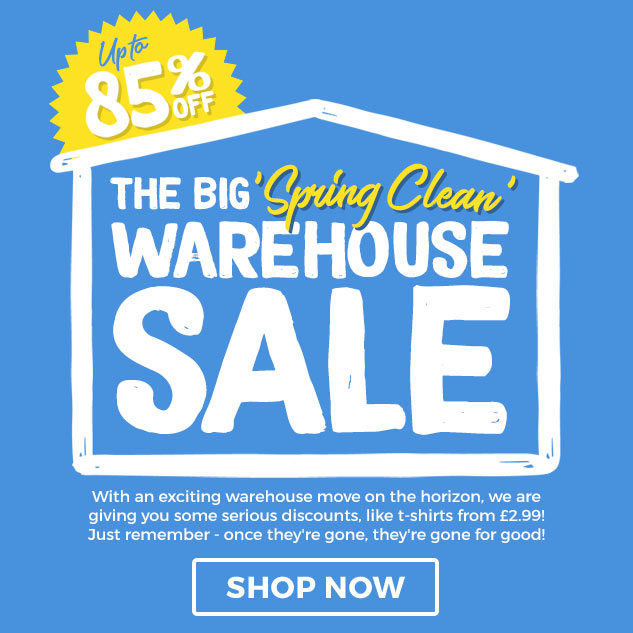 Hello Rolling Stones Tour! #StonesNoFilterThere are some announcements we pay way more attention to than others…BUT, when The Rolling Stones announce a UK and Europe tour for 2018 (with a high chance of them being near enough for us to attend), boy do we suggest you listen. As in, put your lunch down, open your jaw for a few moments and frantically scroll to the dates allowing you to work out which date has your name on it. 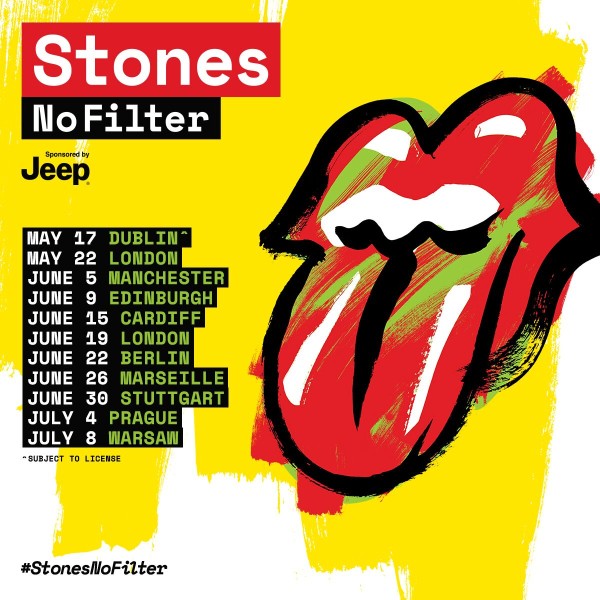 It’s the bands return to the UK after a 5 year gap, so it’s time to choose your fave tee, get the moves like (you guessed it) Jagger, and rock up to one of their shows in style.

Here’s a reminder of your fave Rolling Stone’s t-shirts from Amplified, all available to purchase from TruffleShuffle right now. 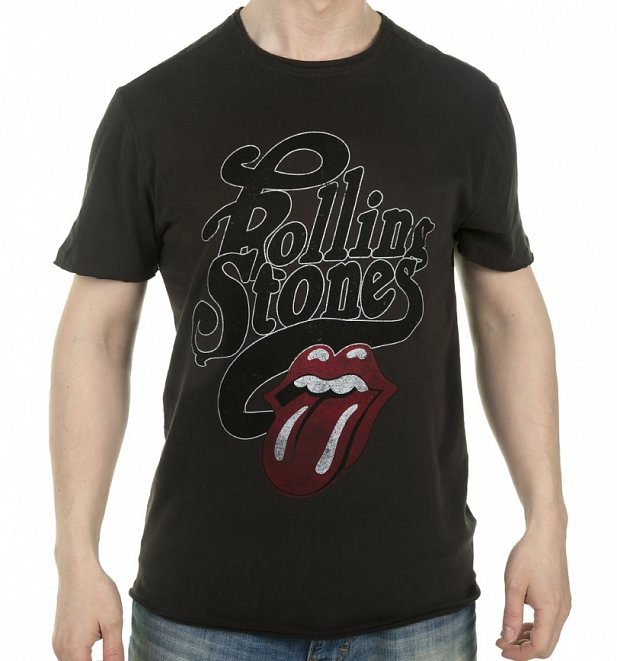 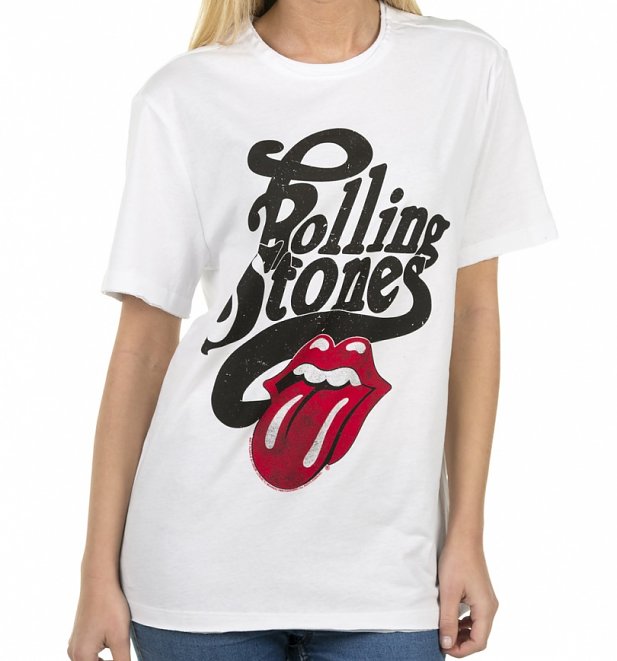 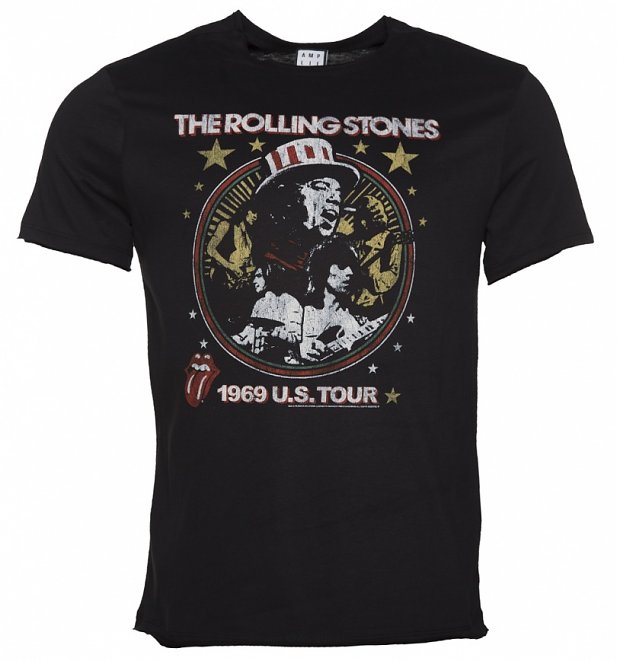 Pre-sale tickets for most of the 11 stadium shows starts on Feb. 27, with sales for the Dublin, France and Czech Republic shows to follow. General sales begin on March 2nd.

Hands up if you’re hoping to bag yourself a ticket? Good luck!

END_OF_DOCUMENT_TOKEN_TO_BE_REPLACED

Happy Video Games Day everyone!!  Whether you’re a fan of Nintendo, PlayStation, X-Box, Sega, mobile gaming or even retro classics like Atari or the Commodore, today is the day to shut those curtains tight, stock up on snacks and game the day away!

In celebration I’m going to list the favourite gaming moments I’ve had throughout my life and would love to hear some of your own!

This is where it all started, my first ever video game on the NES!  A truly iconic game that has stood the test of time, I’ll never forget discovering the Mushroom Kingdom for the first time.  Mario is still going strong too, every one of his games is almost guaranteed to be an exciting play!

The very first Pokemon game on the Game Boy!  Everyone had their own favourite starter (mine was Squirtle) and who can forget catching their very first Pikachu!?  There were 151 to catch in this first game (did anyone manage to get a Mew?) which seems like a tiny amount compared to the 800+ there are now!

ROUND ONE, FIGHT! My first introduction to Street Fighter was with the second game on the SNES, with only eight characters to choose from it was easy to try them all out and find your favourite, Chun-Li FTW!

The very first Mario Kart!  One of my all time favourite series, from humble beginnings on the SNES we are now up to our eighth instalment with a deluxe re-release on the Nintendo Switch which I think is the best in the series.

“Kick! Punch! It’s all in the mind” I was obsessed with this quirky PlayStation game when it first came out and have fond memories of free-style rapping over every song (usually messing it all up!)

Being a huge fan of Japanese RPGs, Final Fantasy VII came along and blew me away!  A huge expansive story and world to explore that I probably sunk 80+ hours into and probably my favourite selection of characters from the Final Fantasy world.  A remake is due to hit the PS4 in the next year or so and I can’t wait to play it again with updated graphics!

Bringing us bang up to date is the brand new Legend of Zelda game on the Nintendo Switch, possibly the finest game of the whole series (although I’ll always hold a candle to Link’s Awakening on the Game Boy!) it’s a perfect example of how exciting video games can be!

If all this talk of gaming has got your trigger finger itching for some goodies it would be well worth checking out our selection of Gamer Clothing and Gamer TShirts as well as some of the other assorted giftware we have.  We’ve got a great selection and I’ll include some of my favourites below.  Enjoy Video Games Day everyone!!

STOP THE PRESS!!! Polly Pocket has arrived at TruffleShuffle.com!!!

This wonderfully nostalgic bag has caused quite the stir, in fact you could justifiably refer to it as a media sensation! Yes, of course I’m talking about THE POLLY POCKET BAG!

The heart shaped accessory has been designed to look like the original mini toy we loved in our nineties youth. It even opens up to reveal a lining which replicates the inside of the original toy too. Someone give the designer a medal.

Millennials cannot get enough of this amazing creation which can now be yours for £37.99. Find it here.


If all that excitement was not enough! We also have some fantastic, official Polly Pocket Clothing too!

Swimsuits at the ready! The new Baywatch movie hits our screens at the end of the month and we actually.can’t.wait. Starring Dwayne ‘The Rock’ Johnson and Zac Efron, it’s sure to be hilarious, tongue-in-cheek and slightly ridiculous (obvs).

In the meantime, we thought we’d take a look at what made the oh-so-cheesy 80’s mega-hit show so darn great – from the running scenes to the one-liners, along with a few fab facts even the biggest fan might not know…

ALL the Slow Mo Running

Ah, that famous running along the beach, as slow as their legs could carry them! This iconic calling card of the show has inspired a thousand parodies, sketches the world over – from Friends to The Muppets – and even a ‘slow-motion’ marathon, happening to celebrate the new film (in case you’re wondering how it works – people have to reach the finish line of the .2k race in the ‘slowest and sexiest’ fashion, to win!

But why the slow motion running on Baywatch in the first place, we hear you ask? Whatever the unintended consequences, it was apparently inspired by one of the producers shooting sprinters in a similar way at the 1988 Olympic Games. David Hasselhoff also claimed recently that is helped to paid out the 50-minute running slot on their super-low budget.

Whatever the reasons, we love it and are totally working on our own runs this summer – iPhones at the ready…

The total legend that is the Hoff…

Whether he was swimming speedboat-style or judging bikini contests, David Hasselhoff aka Mitch Buchannon was head and shoulders the best, most dedicated lifeguard with his action-packed and always totally believable, not at ALL far-fetched *ahem* plots (delivering a baby on the beach, anyone?) In fact, the Hoff himself pretty much saved Baywatch from tanking – in the US, people weren’t big fans it at first (we know, right?!) and David voluntarily took a pay cut to help fund an overseas revival, where people had been loving it. A hero on the beach and off – what a legend!

…Who may have starred alongside Leo!

In another life, Leonardo DiCaprio might have been playing Mitch’s son Hobie! As unlikely as it sounds, producers auditioned the 15-year-old but they felt he was slightly too old for the part so cast actor Jeremy Jackson, four years younger than Leo, instead. David Hasselhoff now jokes that it was the best thing that ever happened to Leo as we wouldn’t have had him in Titanic, Romeo and Juliet and countless other 90s and beyond roles. Thanks, Baywatch!

For all the show’s over the top drama, they did bring some touches of authenticity – namely Michael Newman, who played a supporting role doing stunts, helping cast members on rescue protocol and sharing real rescue stories as inspo for story plots (maybe those crazy storylines weren’t so crazy after all!) Pro-surfer Kelly Slater also starred as Jimmy Slade, but later got tired of the show interfering with his surfing and the far-fetched plots: “ I’d be like, ‘What!? There’s an octopus that’s stealing surfboards and hiding them in a secret cove and I’m going to fight him in the next show? Who writes this sh-t?'” Slater told GQ. He says that like it’s a bad thing!

A Baywatch Musical is set to hit the capital!

Okay, whilst not strictly a fact about the series, there is a BAYWATCH MUSICAL HEADING TO LONDON. *klaxon* Which we feel is worthy of its own mention. Hoping to debut this year, show producers Schwartz and Berk have promised that a water tank will be on stage. We’ve got our fingers crossed for some huge 80s and 90s-style tunes and a celeb star turn or two (don’t let us down, Pammie!)

Now we’ve reminded you why this show is worthy of some mega appreciation (but you knew that already, right?!), show the world you’re a fan in our wicked Baywatch T-Shirts!

Fancy making waves at your next bash or just re-enacting that famous beachfront walk? Look no further than our Baywatch Costumes!

Or check out the whole collection right here!