We thought you might find it interesting to see what others have been searching for in their droves this summer, and see if you’re as cool (if not cooler) than the masses! Of our huge range of retro t shirts, here’s the most wanted from the past three months… 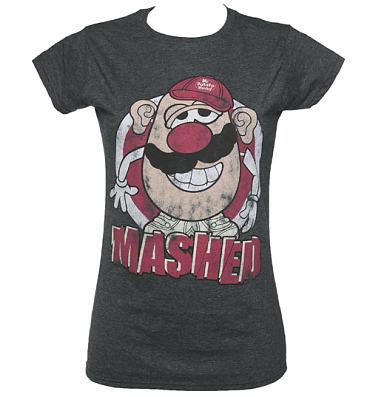 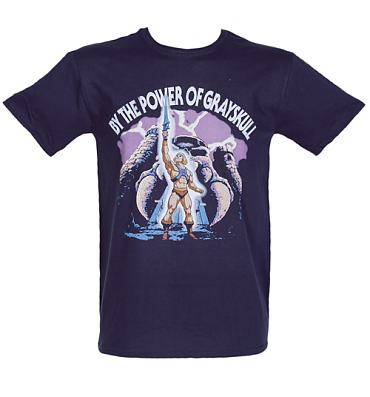 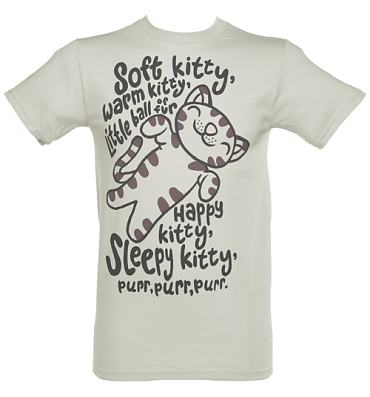 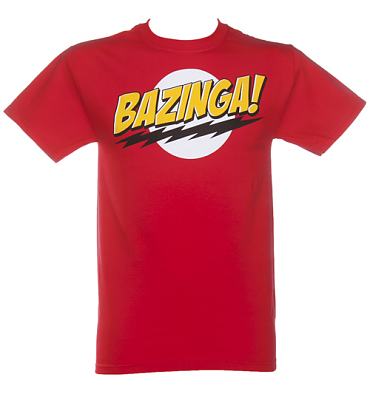 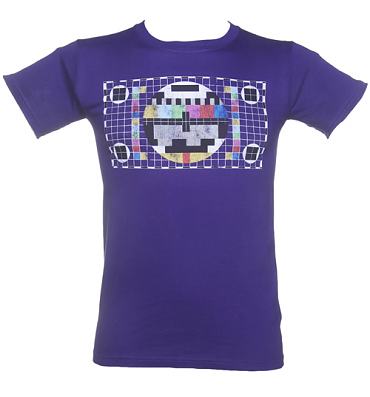 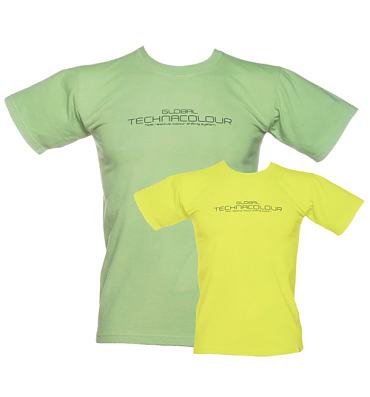 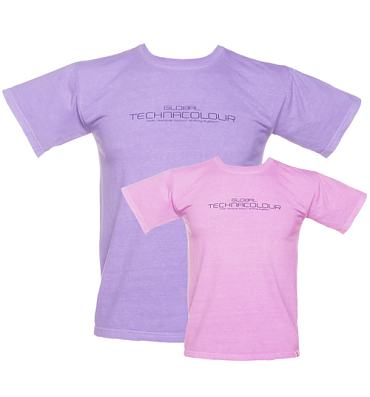 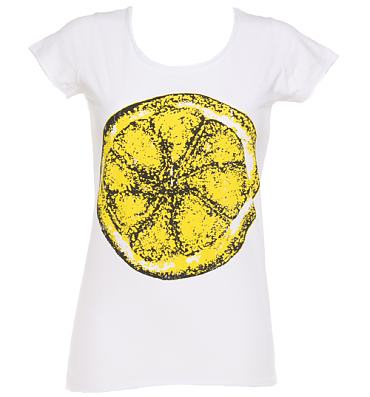 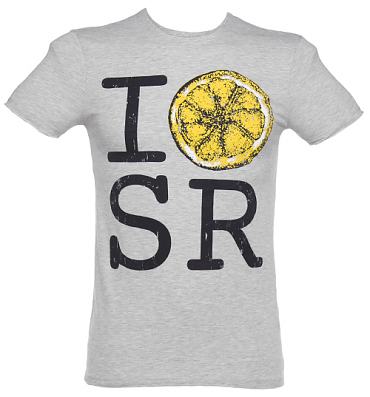 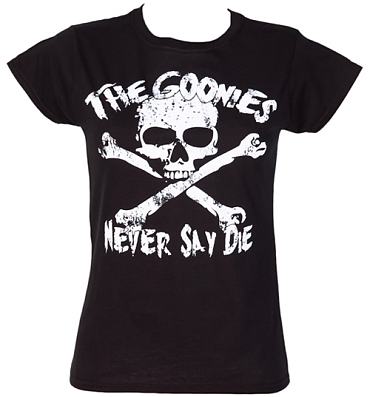 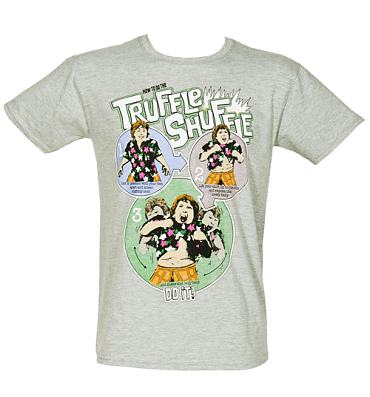 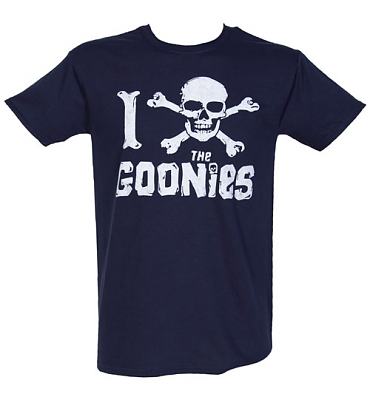 It’s that time again! With the end of the month approaching – we are giving one lucky customer a £50 gift voucher to spend at TruffleShuffle.

‘What do I have to do?’ WELL! It couldn’t be easier! We need awesome reviews of awesome t-shirts, by awesome people (That’s where you come in!) If you head over to TruffleShuffle and choose the latest cool t-shirts that you have purchased – and leave a review, we will then choose our favourite review on the 1st of September.

Last months winner, amused us with his outstanding review of our Ramones t-shirt.

”so? being a middle age old punk, Ramones T-Shirts are required by law for us.but since the evil rulers off the world at primark have cottoned on to this we find ourselves in a ethically difficult position and ill fitting Ramones jumpers, along with some berk called Steve with a wonky eye who thought “HEY HO LETS GO” was larry graysons catch phrase. ….until truffle shuffle.. not only did the thing arrive in about the time billy butter fingers here could press the “confirm payment button” button but the quality was excellent. the design its self is a rare find too(important when your down the front, in a mass of old bald blokes all wearing the same t-shirt!) the cruel irony about getting older is as your hair gets thinner,the rest of you gets thicker and it was unfortunately a bit snug,my fault entirely,not truffles. after a quick begging letter Amy was soon in contact,she didn’t swear at me once and sorted out a larger size for me straight away with no hassles… if Amy is like her customer service skills in real life? then i suspect shes a heart breaker! 😉 replacement fits perfectly and arrived as fast as the first and already my best mate has called me some choice names cos he doesn’t have one! great company,great service (a rare find), great T-shirt! thank you muchly. ps, nearly forgot!….SWEETS!…there were sweets in the bag! i kid you not, didn’t ask for any but got em anyway! Jesus its worth it just for the sweets!….SWEETS MAN!…whats not to like?” Fancy your chances? Here’s some tips to help you on your way..

What did you love about the product you bought?

Who would you recommend this product for?

Did you enjoy our website and your shopping experience?

What did you think about our service?

Did your order arrive nice and quickly?

Is there anything you would change?

Would you recommend us to a friend?

Happy reviewing! We can’t wait to read them all! xoxo Back in the 80s, my gran would get me a subscription to my favourite comic or magazine instead of giving me pocket money. I remember twenty years ago, you would get a free Beano t-shirt with every subscription and membership of the Dennis the Menace Fan Club.

So how excited was I when our awesome designer James came up with these ace 80s re-releases – some of your old favourite Beano tees available in adult sizes, for the big kid in all of us!

Apologies for the lack of The Weekly Retro Movie Rundown last week! The good news is, we are back and ready to rock your weekend with some retro movie treats in store and even better news is that it’s a BANK HOLIDAY WEEKEND so we have given you a bonus Monday viewing schedule to ensure you don’t miss a thing!

Have a happy retro LONG weekend 🙂

Superman II (1980) Sky Movies Action & Adventure 10:40am-12:55pm (2 hours 15 minutes)
The Man of Steel meets his match in the form of three fugitive villains from his home planet of Krypton. Flying down to Earth, the super-powered trio unleash a reign of terror in a bid to take over the world – but Superman is not there to stop them, having surrendered his powers to lead a normal life with his beloved Lois Lane. Comic-strip adventure sequel, with Christopher Reeve, Gene Hackman, Terence Stamp and Margot Kidder. Twins (1988) ITV2 12:30pm-2:40pm (2 hours 10 minutes)
An unlikely pair of brothers, who were born as the result of a one-off genetic experiment and separated at birth, are reunited in adulthood. They set out on a cross-country search for their long-lost mother – fending off vicious loan sharks and a professional assassin along the way. Comedy adventure, starring Arnold Schwarzenegger, Danny DeVito, Kelly Preston and Chloe Webb

Garfield: A Tale of Two Kitties (2006) ITV2 5:25pm-7:00pm (1 hour 35 minutes)
The lazy moggy stows away in his owner’s luggage and ends up in London. He is promptly mistaken for an English upper-class cat, who has recently inherited a grand estate, and moves into his stately home – much to the dismay of the real aristocratic feline’s conniving relation, who is bent on swindling him out of his money. Family comedy, starring Breckin Meyer, Billy Connolly and Jennifer Love Hewitt, with the voices of Bill Murray and Tim Curry.

Footloose (2011) Sky Movies Drama & Romance 8:00pm-10:00pm (2 hours)
A teenager from Boston moves to a small conservative town, and discovers the council and a preacher have enforced a ban on loud music and dancing. He openly defies the harsh rules, revitalising the local youth and winning the heart of the reverend’s daughter. Musical remake, with Kenny Wormald, Julianne Hough and Dennis Quaid

Beauty and the Beast (1991) Channel 5 6:20pm-8:00pm (1 hour 40 minutes)
Premiere. A bookish woman agrees to take her father’s place as prisoner of a fearsome monster living in a castle deep in the forest. She gradually grows to see a gentler, more human side to her hideous host, and comes to realise she may be able to break the curse that turned him into a beast in the first place. Disney animated fantasy, with the voices of Paige O’Hara and Robby Benson. X-Men Origins: Wolverine (2009) Channel 4 6:55pm-9:00pm (2 hours 5 minutes)
Years before he joins the superhero team, mutant Logan is a member of a top secret military unit, but quits because he cannot justify his squad’s brutal methods. However, when the woman he loves is murdered by his psychotic brother, Logan returns to his old enemies for help in seeking revenge – and is offered the chance to become indestructible. Superhero adventure prequel, starring Hugh Jackman and Liev Schreiber.

Toy Story 3 (2010) Sky Movies Family 9:55am-11:40am (1 hour 45 minutes)
Woody, Buzz and the other toys are donated to a daycare centre when their owner grows up. At first this seems like the perfect new home for them, but when they realise the dangers lurking under the surface, they begin to formulate an escape plan. Pixar animated adventure sequel, with the voices of Tom Hanks, Tim Allen and Joan Cusack

Harry Potter and the Deathly Hallows: Part 2 (2011) Sky Movies Premiere 8:00pm-10:10pm (2 hours 10 minutes)
The young wizard continues his search for the artefacts containing fragments of the dark lord Voldemort’s soul. Time is running out, as the evil sorcerer is aware of his mission, and marshals his forces for a final, devastating attack on Harry and his friends at Hogwarts school. Conclusion of the fantasy saga, with Daniel Radcliffe, Ralph Fiennes, Rupert Grint, Emma Watson and Alan Rickman. Wallace & Gromit in The Curse of the Were-Rabbit (2005) BBC1 London 3:30pm-4:45pm (1 hour 15 minutes)
Inventor Wallace and his canine sidekick Gromit have set up a pest-control service, and are called in to stop rabbits overrunning a garden show. However, the pair are overwhelmed when a destructive giant bunny arrives on the scene, while an interfering aristocrat contrives to make matters worse. Nick Park’s Oscar-winning animated adventure, with the voices of Peter Sallis, Ralph Fiennes and Helena Bonham Carter. The Wizard of Oz (1939) Channel 5 2:55pm-5:00pm (2 hours 5 minutes)
Youngster Dorothy Gale is whisked over the rainbow by a tornado into the magical land of Oz, where she inadvertently kills a wicked witch – incurring the wrath of another. Setting out to find the wizard who can show her a way home, she is joined on her journey by a scarecrow, a tin man and a cowardly lion, who all hope their own wishes will be granted. Musical fantasy, with Judy Garland, Ray Bolger, Jack Haley, Bert Lahr and Frank Morgan.

Muppets from Space (1999) 5* 1:00pm-2:45pm (1 hour 45 minutes)
Gonzo hits the road with pal Rizzo in tow and goes in search of his roots – only to make the amazing discovery that his parents belonged to a race of aliens. He then has to choose whether to board a UFO and return to his family, or stay with the friends he knows and loves. Family comedy, with F Murray Abraham, David Arquette, Ray Liotta, Andie MacDowell and Rob Schneider alongside the puppets. Spider-Man (2002) Sky Movies Showcase 9:40am-11:50am (2 hours 10 minutes)
A clumsy teenager develops superhuman powers after a genetically engineered spider bites him. At first his fantastic skills delight him, but his elation is severely tempered by a family tragedy, prompting him to dedicate his talents to combating evil. However, he faces a baptism of fire in the form of crazed villain the Green Goblin. Comic-book superhero adventure, with Tobey Maguire, Kirsten Dunst, Willem Dafoe, James Franco and Rosemary Harris.

The Incredible Hulk (2008) ITV2 9:00pm-11:15pm (2 hours 15 minutes)
A bungled experiment causes a scientist to turn into a monster whenever he gets angry. He travels the world seeking a cure for his condition, while a ruthless general is determined to use him as a weapon. However, one of the soldiers under the officer’s command undergoes a terrifying transformation of his own. Comic-book adventure, starring Edward Norton, Tim Roth, Liv Tyler and William Hurt.

So, it’s looking like a pretty Superhero-tastic weekend with a few toys and wizards thrown in for good measure!!

We hope you enjoy the bank holiday, see you next week, same time, same place!!