It’s time for another Egg-cellent Retro Movie Rundown Easter Special and sweet child o mine have we got some movies for you!

With soooo many movie nuggets for you to feast on, each packed with their very own collection of Easter eggs, it’s time to stock up on your favourite treats and settle in for the ride of your life…. kinda. 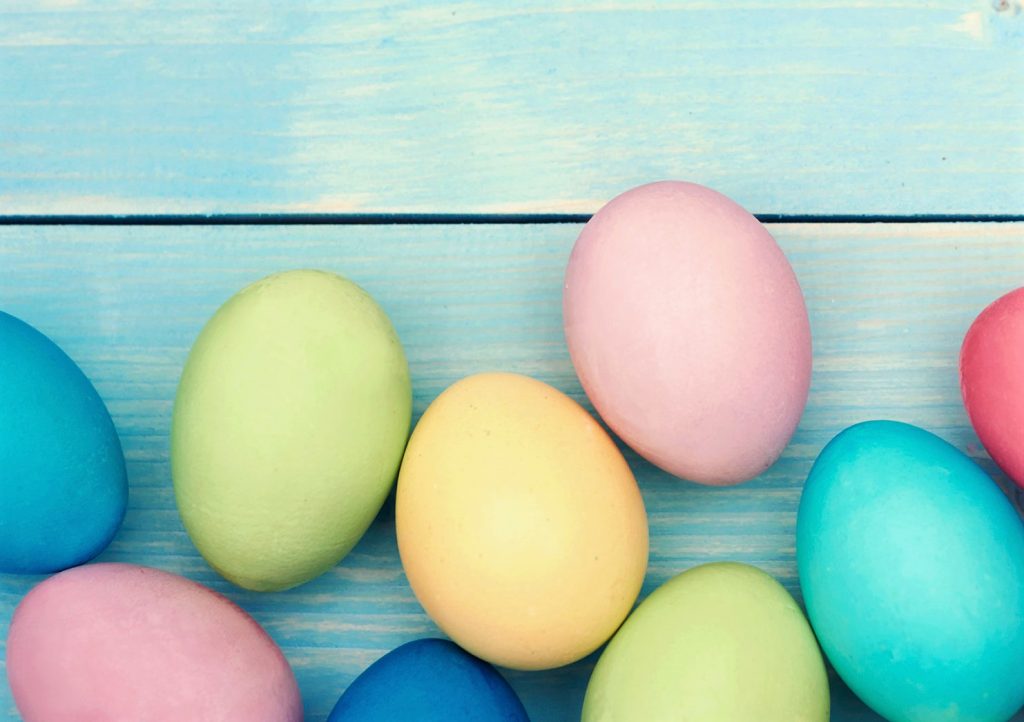 K-9 (1989) ITV 9:25am-11:15am (1 hour 50 minutes)
A hard-bitten cop’s bad attitude forces his superiors to take desperate measures to find him a new partner on the eve of what could turn out to be the biggest case of his career – and the solution is to pair him up with a lovable Alsatian that will put him through his paces. Comedy, starring James Belushi, Mel Harris and Ed O’Neill.
END_OF_DOCUMENT_TOKEN_TO_BE_REPLACED

Sweet jumping jacks and pick-up-sticks! It’s another retro movie weekend! All over again!

With another landscape of retro movie awesomeness stretching before us, we find ourselves at a loss of where to start! Will it be thriller? Will it be comedy? Only the overlord of the remote control can decide with their entrusted powers. Whatever the mighty one decides, with the huge array of choice and wonder available, we will be left wide-eyes and wanting more.

.
The Dark Crystal (1982) Film4 11:00am-1:00pm (2 hours)
A survivor of a near-extinct race is given a dangerous quest as his world approaches an astronomical event that will decide its future. He must find a way to restore a broken piece to a magical crystal, which has become a source of dark power for the cruel creatures who wiped out his people. Jim Henson’s puppet fantasy, with the voices of Stephen Garlick and Billie Whitelaw.

The Land That Time Forgot (1974) ITV4 11:30am-1:20pm
American and German seamen form an uneasy alliance when they end up stranded on an island inhabited by prehistoric monsters as the First World War rages around them. Luckily, they discover an ancient fuel source, a find which increases their chances of escaping – but their hopes of reaching it in time are slim. Fantasy adventure, starring Doug McClure, John McEnery, Susan Penhaligon and Keith Barron.

Mission: Impossible (1996) Film4 6:50pm-9:00pm (2 hours 10 minutes)
Secret agents suspect there is a traitor in their organisation when their latest assignment ends in disaster. The sole survivor is accused of being the mole, forcing him to go on the run to clear his name. However, in the process, he discovers a former Russian spy is selling information about the world’s leading undercover operatives. Action thriller based on the 1960s TV series, starring Tom Cruise, Jon Voight and Ving Rhames.

Hot Fuzz (2007) ITV2 9:00pm-11:25pm
An overly zealous, by-the-book London policeman is reassigned to a sleepy country village where the crime rate is virtually zero, and teamed up with an eager but dimwitted partner. But just as the officer’s uneventful new environment begins to chafe, a grisly series of so-called accidents gives him reason to suspect a strange conspiracy is afoot. Action comedy, with Simon Pegg, Nick Frost, Jim Broadbent, Timothy Dalton and Paddy Considine.

Die Hard (1988) Film4 10:45pm-1:20am (2 hours 35 minutes)
New York cop John McClane visits Los Angeles to see his family over the Christmas holiday. Stopping off at his wife’s place of work, he realises armed men have taken over the building and are holding the corporation’s staff to ransom – and only he has the ability to fight back. Action thriller, starring Bruce Willis, Alan Rickman and Bonnie Bedelia.

Ransom (1996) ITV4 10:40pm-11:55pm
An airline tycoon is wary of involving the police when his nine-year-old son is abducted, but co-operates with their plan to make a ransom drop. However, when the trade-off goes badly wrong, he decides to take matters into his own hands by placing a $2million bounty on the kidnappers’ heads, to the consternation of the cops and his anxious wife. Thriller, starring Mel Gibson, Rene Russo, Gary Sinise, Delroy Lindo and Liev Schreiber.

.
Mr Bean’s Holiday (2007) ITV2 2:50pm-4:40pm
The bumbling fool wins first prize in the church raffle – a trip to France and a video camera. His travels cause chaos as he disrupts a film shoot in Cannes, to the fury of its megalomaniac director, and is then accused of kidnapping a youngster. Comedy, starring Rowan Atkinson, Willem Dafoe, Emma de Caunes and Max Baldry.

Monsters, Inc (2001) Channel 4 6:15pm-8:00pm (1 hour 45 minutes)
Two monsters work for an energy firm that employs scary creatures to sneak into children’s bedrooms and convert their screams into power. However, when a little girl accidentally wanders into the pair’s domain, they have to race against time to return her safely home before anyone finds out. Pixar animated comedy, with the voices of John Goodman, Billy Crystal, Steve Buscemi and James Coburn.

Fun Fact: Always one for keeping things as real as possible, Tom Cruise insisted that in the knife scene, the knife would be just one quarter-inch away from his eye being connected by cable behind it. It looks like Dougray Scott  is trying hard to push it because…..he really is! Scary!

Die Hard 2 (1990) Film4 9:00pm-11:20pm (2 hours 20 minutes)
Tough cop John McClane arrives at an airport to pick up his wife, but finds himself plunged into a bloody life-or-death struggle. He must battle terrorists who have seized control of the terminal as part of a campaign to secure the release of a convicted drug baron. Action thriller sequel, starring Bruce Willis, Bonnie Bedelia, William Sadler, Franco Nero and William Atherton.

Raw Deal (1986) ITV4 10:15pm-12:25am
An FBI agent is discharged for insubordination after assaulting a suspect, and ends up reduced to being the sheriff of a backwater Southern town. He is later offered his old job back – on the condition he will infiltrate a gang of Chicago mobsters and bring their leader to justice for killing the son of the Bureau’s chief. Action thriller, with Arnold Schwarzenegger, Sam Wanamaker, Kathryn Harrold, Ed Lauter and Darren McGavin.

Ghost (1990) 11:20pm-1:40am (2 hours 20 minutes)
The spirit of a murdered executive tries to find a way to help his girlfriend bring his killer to justice and enlists the aid of a fraudulent medium – who is amazed and baffled when her psychic powers turn out to be all too real. Romantic fantasy, starring Patrick Swayze, Demi Moore, Tony Goldwyn and an Oscar-winning Whoopi Goldberg.

Whatever you’re up to this weekend, give it your all and don’t forget to empty the bath when you get out.
xoxo

Eye of Thundera! The weekend is here so deep inside a massive concrete fortified correctional facility, locked behind iron bars clad in an orange jump suit let us be your shifty but cunning prisoner as we try to dig through a wall of retro movie greatness armed with only a rusty spoon of cinematic awesomeness as we strive forward to the freedom that is celluloid wonder.

The Addams Family (1991) Film4 1:00pm-2:55pm (1 hour 55 minutes)
Creepy couple Morticia and Gomez find their unconventional life threatened by a man claiming to be a long-lost relative. When they welcome him with open arms, they fall prey to a plot that could cost them their ancestral home and the family fortune. Black comedy based on the 1960s TV series, starring Anjelica Huston, Raul Julia, Christopher Lloyd, Christina Ricci, Jimmy Workman and Carel Struycken

Smokey and the Bandit II (1980) ITV London 1:45pm-3:35pm (1 hour 50 minutes)
The maverick haulier must overcome a crisis of confidence when he and his friends are hired to transport a pregnant elephant to Texas, a mammoth task that proves far from easy, especially with their old enemy in hot pursuit. Road comedy, with Burt Reynolds, Jackie Gleason, Jerry Reed, Dom DeLuise and Sally Field

Harry Potter and the Order of the Phoenix (2007) ITV London 7:00pm-9:40pm (2 hours 40 minutes)
The young wizard struggles to convince his fellow sorcerers that the evil Lord Voldemort has returned to life. When Hogwarts headmaster Dumbledore is ousted in favour of a sadistic replacement, Harry realises he must take matters into his own hands, uniting his fellow pupils to form a secret army and training them for the inevitable confrontation to come. Fantasy adventure sequel, starring Daniel Radcliffe, Emma Watson, Rupert Grint, Gary Oldman, Michael Gambon and Alan Rickman

The Karate Kid Part III (1989) Watch 11:30am-1:50pm (2 hours 20 minutes)
The teenage martial arts expert becomes obsessed with defending his championship title, but wise mentor Mr Miyagi is not prepared to help him fight for such a shallow goal. Seeking someone else to help guide his career, he falls under the influence of a crooked trainer – who is secretly plotting his downfall with the help of an old adversary. Adventure sequel, starring Ralph Macchio and Pat Morita

The Mighty Ducks (1992) ITV2 3:15pm-5:25pm (2 hours 10 minutes)
A self-centred yuppie lawyer is horrified when a judge finds him guilty of drink-driving and orders him to coach a hopeless inner-city junior ice-hockey team as part of his community service. However, he comes to appreciate his new role and things finally start to look up for the team. Comedy, starring Emilio Estevez, Joss Ackland, Lane Smith and Joshua Jackson.

The Fifth Element (1997) 5* 5:30pm-8:00pm (2 hours 30 minutes)
In the 23rd century, the world faces destruction from a seemingly unstoppable force of pure evil. Meanwhile, a New York cab driver encounters a mysterious woman destined to save the Earth from its fate, and has to protect her from a scheming arms dealer and a horde of alien mercenaries. Luc Besson’s sci-fi adventure, starring Bruce Willis, Milla Jovovich and Gary Oldman

The Shawshank Redemption (1994) ITV2 9:00pm-11:50pm (2 hours 50 minutes)
A banker is wrongly jailed for his wife’s murder and over the course of a life sentence he forms a close friendship with a fellow inmate. He also earns a position of trust as book-keeper to the corrupt prison governor – giving him the time and opportunity to conceive a unique escape plan. Frank Darabont’s drama, starring Tim Robbins, Morgan Freeman, Bob Gunton, William Sadler, Clancy Brown and Gil Bellows.

Whatever you get up to this weekend remember to cook both sides evenly then marinade and always enjoy yourselves.