The legend that is Michael J Fox turned 50 this month and we couldn’t let his birthday pass without paying a little tribute to the role that made him a bona fide movie star!

Although we are of course big fans of his characters in the likes of Teen Wolf, Doc Hollywood, The Hard Way and The Frighteners – it was his winning performance as Marty Mc Fly that really put him on the map. Easily one of the best movie trilogies of all time, Back To The Future follows the adventures of Marty and the eccentric scientist, Dr. Emmett Brown (played by Christopher Lloyd) as they use their modified Delorean to travel back in time to different periods of the history of Hill Valley, California. The first film was the highest-grossing film of 1985 and became an international phenomenon, leading to the second and third films which were filmed back to back and released in 1989 and 1990. Though the two sequels did not perform quite as well at the box office as the first film, the trilogy remains insanely popular even now so we couldn’t resist taking a little trip in our mental time machines to relive what is in our opinion, the best bits from this awesome franchise!

Check them out below…….

Or to be more precise, what the Flux Capacitor needs in order to make time travel possible!

The legendary Delorean was Doctor Brown’s most successful invention, a plutonium powered time machine comprising of a DeLorean DMC-12 sports car that had to reach 88 miles per hour in order to travel through time! Built by the DeLorean Motor Company in Northern Ireland, it was the only model ever produced by the company and although around 9,000 DMC12s were made before production stopped in late 1982, today, only about 6,500 DeLorean Motor Cars are believed to still exist! Instead of being primed and painted, it’s plated with stainless steel and who can forget those distinctive gullwing doors? As the doc himself said, “The way I see it, if you’re gonna build a time machine out of a car, why not do it with some style!”

The hoverboard was a special effect from Back to the Future II that immediately replaced the flying car as the flagship dream of hyper-advanced technology. The perfect storm of nerd-child fantasies, it had all the appeal of futuristic tech, the dream of pure flight and the raw aesthetic lust of all the best toys. Sadly – even more than 20 years on, no-one has invented the real thing but when they do, we’ll be first in the queue!

One of the signature moments of BTTF is when Marty brings the house down with Johnny B Goode! Dubbed over by Mark Campbell, he sings it at ‘The Enchantment Under The Sea Dance‘ when he travels back to 1955 (three years before the song’s actual release). McFly, who subs in for the lead guitarist after he was injured, plays the song on stage and while that’s going on, the lead singer, Marvin Berry, calls his cousin Chuck about a “new sound he has been looking for,” suggesting that in the new timeline, Chuck Berry got the idea for the song from Marty’s cover of him from the old timeline. Confused yet?

One of Doc Browns many classic lines, this quote from the final scene of the first movie is a definite fave! Marty McFly tells Doc Brown that they don’t have enough street to get up to 88 miles per hour and Doc looks over at Marty and explains that “Where we’re going… We don’t need roads…” The perfect end to a perfect movie we reckon.

So what do you think? Let us know if you think there are any others we might have missed, and what your favourites are!

Plus, if like us you’ve enjoyed reliving all the best bits then why not show your love for the classic BTTF with one of our Back To The Future T-Shirts, Gifts and Accessories. We’ve got a loads of different designs available for guys and gals featuring the likes of the legendary Delorean Time Machine, the Flux Capacitor, The Enchantment Under The Sea Dance print (the dance in which Marty Mcfly’s parents George Mcfly and Lorraine Baines fell in love and had their first kiss) and Biff and Co. Enterprises (a reference to Biff Tannen’s company that he formed with the money he won by gambling with the help of a Grays Sports Almanac from 2015.) You can even enjoy a nice cup of tea and reminisce with a super-cool retro ‘Back To The Future’ mug!

Just click on the link below for all the BTTF goodies and when this baby hits 88mph your going to see some serious S***.

Back To The Future Merchandise @ TruffleShuffle.com

Friendship bracelets were ties that couldn’t be broken.

You ever read Nancy Drew, The Hardy Boys, The Babysitters Club, Forever or Sweet Valley High.

You know all the words to “Ice Ice Baby”.

You wanted to be The Hulk for Halloween.

You can remember what Michael Jackson looked like before he had plastic surgery.

You wore one of those slap-on wristbands at somepoint…or heaven forbid one of those T-shirts that changed colour with heat (Global
Hypercolour) or one of those t-shirt rings on one side.

You had slouch socks and puff painted your own t-shirt at least once.

You know the profound meaning of “Wax on, Wax off”.

You were upset when She-ra, Princess of Power and He-Man got cancelled.

You can remember watching Saved by the Bell for endless hours, back when they were new episodes.

You have seen at least 10 episodes of Fraggle Rock.

You hold a special place in your heart for “Back to the Future.”

You know someone who appeared on Wac-a-day. 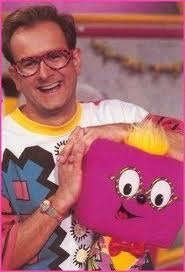 You know where to go if you “wanna go where everybody knows your name.”

You wanted to be a Goonie. (“Goonies never say die.”)

You remember Madonna in her cone stage.

You knew “The Artist” when he was humbly called “Prince.”

Not only did you wear fluorescent-neon clothing, but they were mismatched with fingerless gloves and toweling socks. And who can forget those shellsuits!!!

You could break dance (ok, you wished you could)

You remember when ATARI was a state of the art video game system.

You can still sing the rap to “Fresh Prince of Bel Air”….

You can remember when it was Jazzy Jeff and The fresh Prince and NOT just plain Will Smith!

You own any cassettes.

You owned a pair of L.A. Gear, Keds, or Converse tennis shoes.

You carried your lunch to school in a Gremlins, ALF or ET lunchbox.

You have ever pondered on why Smurfette was the ONLY female smurf.

You ever had a Swatch Watch.

You had Wonder Woman or Superman undies.

You believed that “By the power of Greyskull, you HAD the power!”

You spent hours in the basement building and re-building Lego cities.

Big wheels and BMX’s were the way to go.

With your pink (or blue) portable tape player, you sang to Kylie and Jason!

If you ever owned Polly Pocket or Micro Machines.

If you ever made Ken fall in love with Barbie.

You know what ” Psyche” means.

You knew that Transformers were “more than meets the eye”.

You recorded songs off the radio with your boom box.

Your arm was full of rubber bracelets.

You can still sing 1 to 12 from the Pinball machine song on Sesame Street. 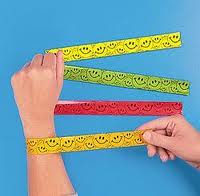 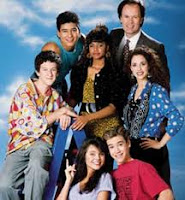