Calling all you rebels out there! If there is one thing we’ve picked up over our many years in the galaxy, it’s that you can never have enough Star Wars… look it up… it’s true!

With another magical Star Wars Day on May the 4th (get it?), we wanted to kick things off early and celebrate some of our latest and greatest snaps featuring our ever-growing collection of Star Wars merchandise. 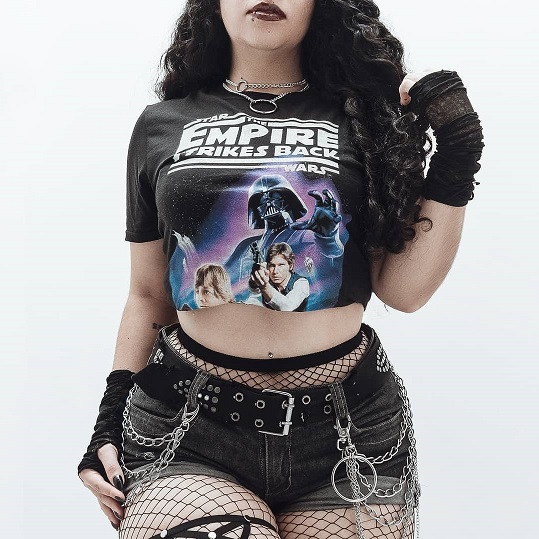 Yay for T-Shirt weather! We don’t know about you, but we’re so excited to finally be rocking our tees out and about again. Giving us all the inspo we need, we’re loving our Star Wars The Empire Strikes Back Black T-Shirt in this ace snap by andreale.garcia. 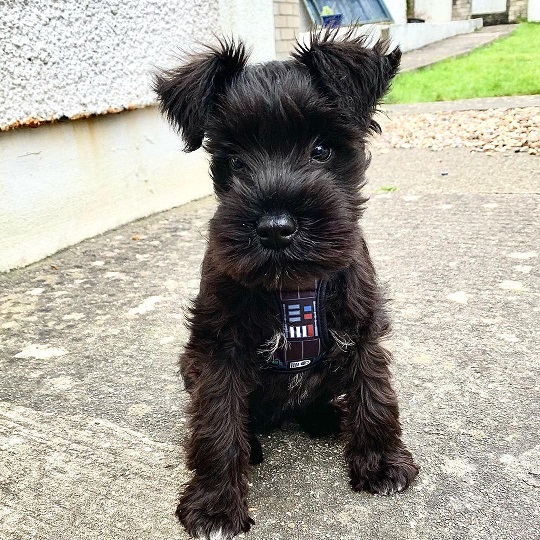 Tooo cute! Not only can us humans get stuck into some May the 4th action, but so can our pets! Loving this adorable shot of Pablo (puplike_pablo) with our Star Wars Darth Vader Harness for Dogs.
END_OF_DOCUMENT_TOKEN_TO_BE_REPLACED

With Father’s Day 2020 fast approaching (Sunday, 21st June) and things being a whole lot trickier this year, rest easy safe in the knowledge that we’re here to ship out your Father’s Day gifts to you or directly to their door in our custom gift wrap and boy… do we have a whole lot they’ll love to pick from. Not that we’re biased or anything of course. 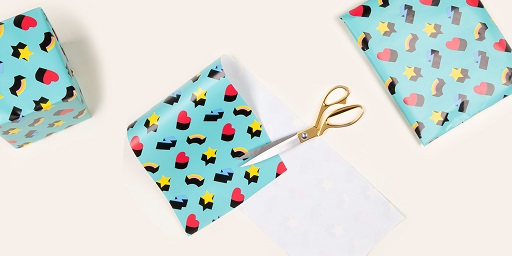 .
Really though, we have such a wide range of gifts for him that are sure to raise a smile and help them celebrate their biggest fandoms. To help you surf through the sea of cool, we’ve handpicked some of our top gifts we think they’ll love that won’t break the bank. Let’s go!

Finding the perfect gift for him doesn’t need to break the bank which is why we have a whole heap of top gifts for under a tenner. Sorted! 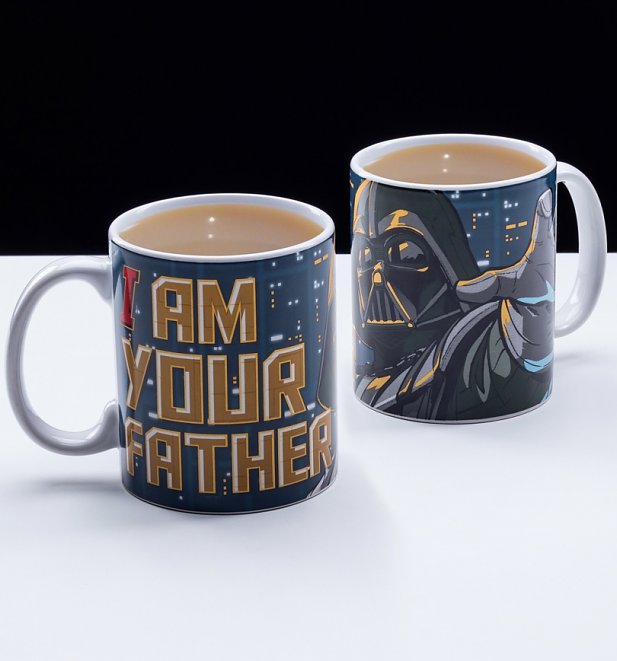 While Darth Vader might not qualify for father of the year anytime soon, we’re sure your own dad will love channelling some of his power through this neat Star Wars I Am Your Father Mug 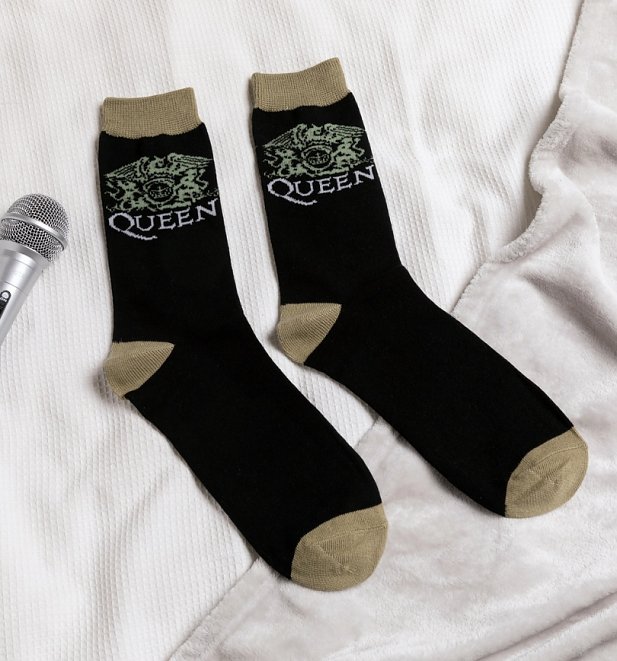 You will, you will, rock their day like a total gifting icon with these mega Queen Crest Socks. Sure to shake up their sock game. 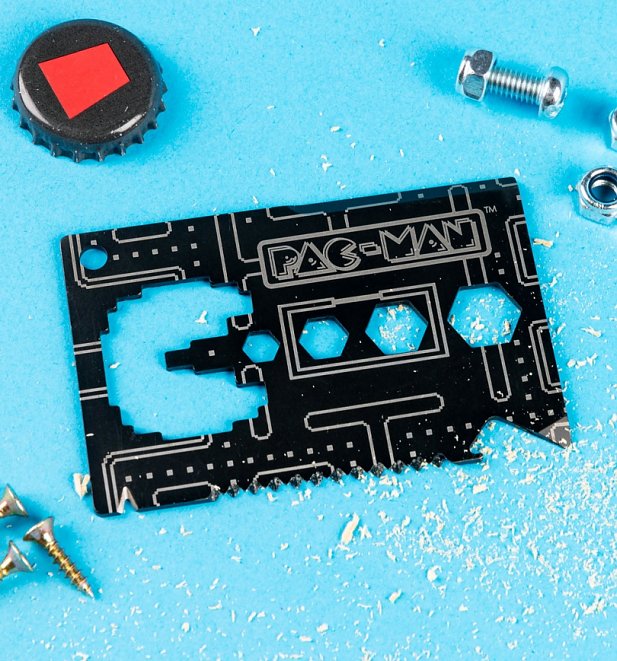 There will be no small job they’re not prepared for with one of these Pac-Man Multi-Tools close to hand. Perfect for slipping inside a wallet too!
END_OF_DOCUMENT_TOKEN_TO_BE_REPLACED

Did you know we sell more than funky t-shirts for big kid’s – we have a huge collection of kids tshirts for actual kids too!

Starting from age 0-6 months all the way up to 14-15 years there’s sure to be something for every fan, be it Top Gun, Star Wars, Sesame Street, My Little Pony, Batman – well, whatever you like…… see for yourself!

Even better, this means there is an opportunity for Little And Large wardrobe options for you and your little ones! Yep…. you can now become a matching pair and well…. why wouldn’t you?! To help you select your perfect get up for you and your cheeky ones, we’ve  put together a little collection of some of our favourites below. Enjoy!

Looking for your wingman? Look no further than our Little Maverick t-shirt. The perfect mini match for any of our exclusive Top Gun t-shirts. Oh! Don’t forget your aviators to really complete the look!

Star Wars fans….. look no further, have we got the perfect collaboration for you and your mini jedi. Let your cool t-shirts do the talking with our geektastic Best Dad In The Galaxy T-Shirt and Darth Vader Is My Father T-Shirt.

If you’re more of a gamer you’ll be needing our Player One T-Shirt, (available for men and women) and Player Two T-Shirt to wear when you take over the controls.

Perfect for big and little bookworms, check out our exclusive range of Roald Dahl clothing. Matilda and The BFG have both been lovingly designed on t-shirts for book fans. Mummy, me and Matilda or opt for Friends In High Places Tee with The BFG.

Who You Gonna Call?! Team up Ghostbusters style with t-shirts for all movie fans, plus we’ve even got something for your furry babies too!

Finally we can’t not mention our favourite Batman t-shirts because this is life advice right here – “Always be yourself, unless you can be Batman, then always be Batman”!

So there you have them folks! We have plenty more little and large inspired tees over on our site so don’t forget to pop by and take a quick peep.

Are there any designs you think we’ve missed or you would love to see? Let us know in the comments below. Thanks!

Being the in-house cinema nut (and a little bit of a Star Wars fan) I decided to don some of our Star Wars merchandise, specifically one of our Rogue One TShirts and head to the cinema on release day.

Let’s start at the beginning……or at Episode 3.9 (depending on where you think it fits). The story of Rogue One comes courtesy of the opening crawl to the original 1977 Star Wars film.

Below are the lines taken from the original opening…….just in case you haven’t watched the original in a while, if you are too young to remember, or just simply never watched Star Wars.

.
Rogue One sits itself nicely into a gap between Episode III (Revenge of the Sith) and Episode IV (A New Hope), with the opening sequence being set at the end of Episode III. Here we are introduced to Galen Erso (Mads Mikkelsen), an Imperial Science Engineer who was working on a top secret project. Whilst working on this project, which happens to be the first Death Star, his conscience gets the better of him leading him to live on the secluded planet of Lah’mu with his wife Lyra and daughter Jyn.

As expected the Empire come to get their engineer back…..where the decision is not optional. Galen is taken away to continue his work, his wife Lyra is shot dead and Jyn runs and hides to a safe location to be rescued by Saw Gerrera (Forest Whitaker).

This sets the baseline for Rogue One to center around the relationship between Jyn and her father Galen.

We then flash into the future, where Jyn (Felicity Jones) has become an adult and the atmosphere changes to give you the action of a Star Wars film.
During this part of the film we get to meet the rest of the cast, Cassian Andor (Diego Luna) a Rebel intelligence officer, Bodhi Rook (Riz Ahmed) a defected Imperial Pilot, K-2SO (Alan Tudyk) a witty reprogrammed Imperial Droid, Chirrut Inwe (Donnie Yen) a blind force believer, and Baze Malbus (Jiang Wen) who has a very big gun.

Between them all they bring something to the party, they are all likeable characters but we just don’t get to know much about them or their back stories.

With this team working together we get to see a group of people fighting for a common cause, in a way that the Star Wars franchise hasn’t shown us before. You get a real feeling that the rebellion leadership is struggling, disorganised and has internal turmoil when up against the organised and terrifying Empire. You get to see a group of people that take action in a situation where there is no other option available.

Thrown into Rogue One are beautiful visuals and incredibly realistic planets, vehicles and fight sequences. With trips to the planets of Jedha (the home of the Jedi), Lah’mu (a baron planet where the Erso’s were hiding), Eadu (a refinery planet) and Scarif (a tropical planet that contains something key to the story).

When you get to the planet of Scarif you are immersed in a world of action, suspense and incredible fight scenes.

One surprising thing to see in Rogue One is the full CGI creation of Imperial Officer Grand Moff Tarkin (Peter Cushing), where the actor has been dead for over 20 years. It is a wonderful thing to see however it is slightly creepy.

Another character is given a full CGI creation too…..however I will leave that one for you to find out.

Overall it was a very good film to use as a blueprint for future Star Wars movies. It contains action, excitement, a link to the characters and overall it has a different feel that will appeal to a larger audience. There is a little bit of humour thrown in by K-2SO who seems to have had his filter removed, making for interesting quips and the spot of needed relief.

It also isn’t your typical “Hero” story, not everyone gets to be celebrated and there isn’t always a way home.

So have you seen this epic new adventure yet? If so what did you think? Let us know below.