Looking for the collect Ghostbuster merchandise? Who you gonna call? TruffleShuffle of course! Let them jump right back into the action with Egon, Venkman and the team with this fun replica mini Ghostbusters Ghost Trap.
END_OF_DOCUMENT_TOKEN_TO_BE_REPLACED

Wary gift hunter, let us take your coat, sit you by the fire and share tales of our ever-growing range of totally awesome, completely nerdy and oh-so geeky gifts for geeks!
If you’re on the lookout for the ideal presents for the real geek in your life, boy have you just stumbled into the right place! With our ace collection of retro clothing, novelty mugs, board games, gadgets and more featuring some of the geekiest movies, TV shows, cartoons, games and so much more, we’re sure you will find just what you’re after in no time. 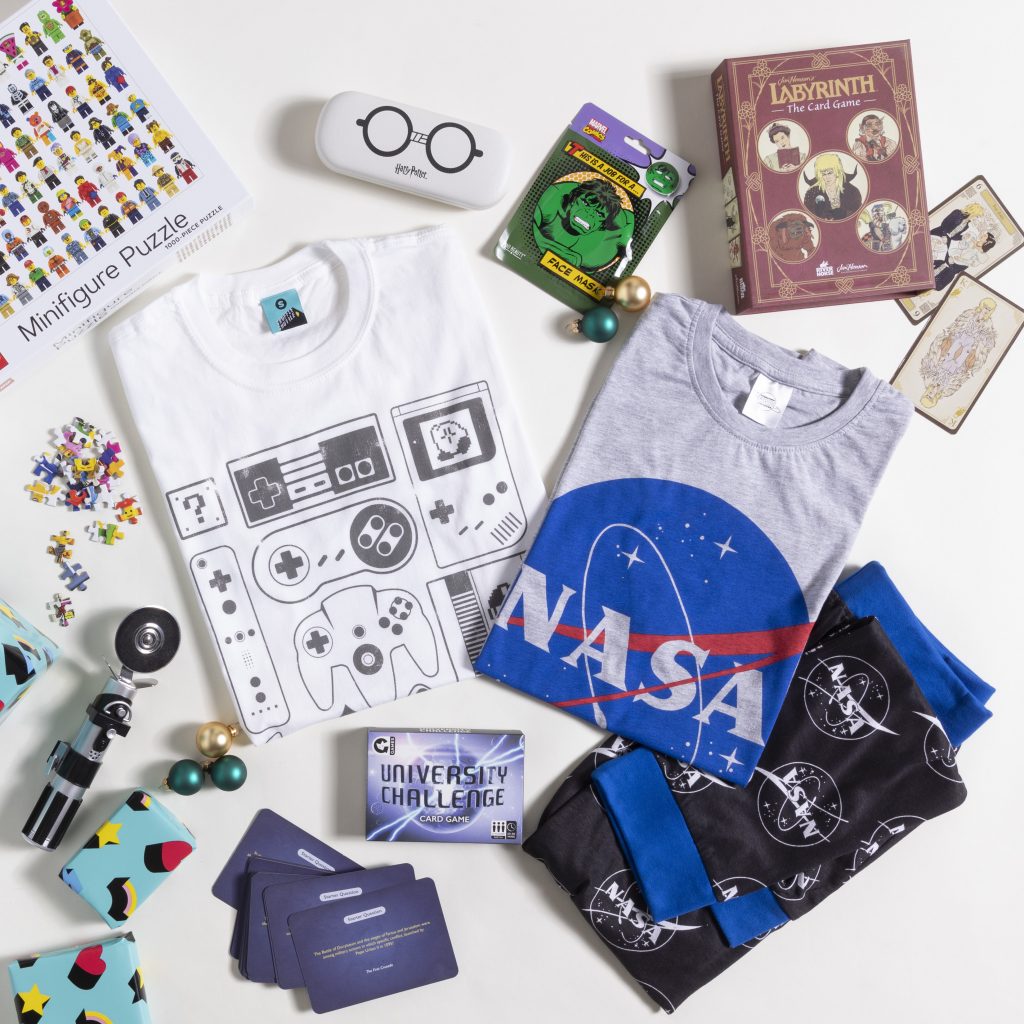 Don’t just take our word for it though, take a peep at some of our top picks we wanted to highlight to really set some points of interest on your gift seeking map. Enjoy! 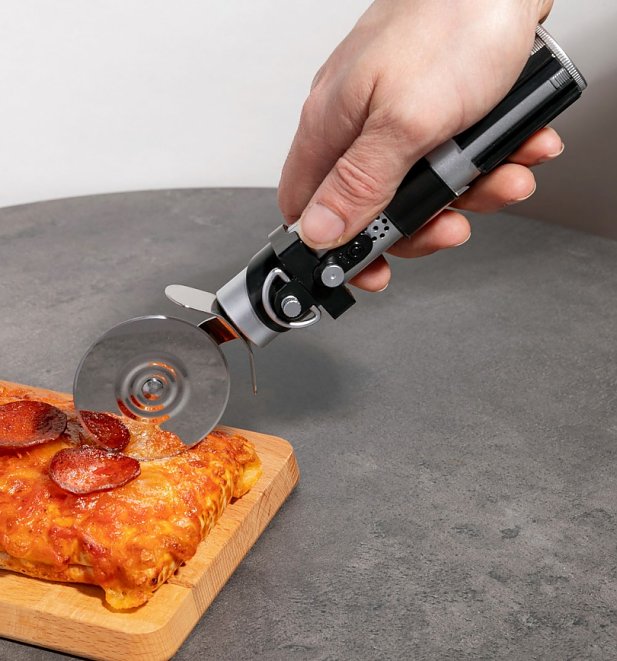 Crust us, they’ll love this slice of Star Wars action with super authentic Darth Vader lightsaber pizza cutter! Oh yeh, it makes sounds too. Nothing not to love about this… and they get pizza!
END_OF_DOCUMENT_TOKEN_TO_BE_REPLACED

Knights Templar! It’s the weekend all over again!

Like a great, tall, dark and powerful knight getting ready for the next battle, we’ll strap and tie on our shiny retro movie greatness as our armor against boredom before mounting our noble steed of cinematic greatness and ride into this weekends movie adventures. Let us ride into enemy lines and return with their treasures of gold, minerals and celluloid wonder.

.
Dungeons and Dragons (2000) ITV2 2:30pm-4:35pm (2 hours 5 minutes)
In a fantasy kingdom ruled over by powerful wizards, a young empress plans to use their powers to bring peace and prosperity for all. However, an evil sorcerer plots to use a magic sceptre to force dragons to do his bidding so he can seize control. The only hope is to obtain an even more powerful mystical artifact, so a pair of thieves are sent on a quest to find it. Fantasy adventure, starring Jeremy Irons, Thora Birch, Marlon Wayans and Lee Arenberg.

Street Fighter (1994) 5* 3:35pm-5:35pm (2 hours)
A military officer goes in search of a power-mad general who is holding several hostages in a secret location. He soon finds he is not the only one on the maniac’s trail, and joins forced with a mismatched band of martial artists to save the captives. Action adventure based on the video game, starring Jean-Claude Van Damme, Raul Julia, Kylie Minogue and Ming-Na Wen.

Star Trek: Insurrection (1998) Film4 4:55pm-7:05pm (2 hours 10 minutes)
Captain Picard and the Enterprise crew uncover a conspiracy by their own superiors and a sinister alien race to take over a peaceful world and exploit its power to prolong life. However, the crew is forced to defy Federation orders and turns renegade to protect the planet’s inhabitants. Sci-fi adventure sequel, starring Patrick Stewart, F Murray Abraham, Jonathan Frakes, Brent Spiner and Michael Dorn.

Innerspace (1987) 5* 5:35pm-8:00pm (2 hours 25 minutes)
A Navy test pilot is shrunk in a ground-breaking scientific experiment, but instead of being injected into a laboratory rabbit, the tiny specimen accidentally winds up inside a hypochondriac supermarket worker. As he tries to find a way out, criminals come after the unlikely duo in search of the secret of the miniaturising technology. Sci-fi comedy, starring Dennis Quaid, Martin Short, Meg Ryan, Kevin McCarthy, Fiona Lewis and Vernon Wells.

Fun Fact: All of the cells seen outside the pod were in fact made out of Jello according to Peter Kuran, the special effects supervisor.

A View to a Kill (1985) ITV4 9:00pm-11:45pm (2 hours 45 minutes)
James Bond clashes with a megalomaniac international businessman plotting a global takeover of the computer industry by engineering a devastating earthquake in California’s Silicon Valley – and killing millions in the process. Spy adventure, starring Roger Moore in his final appearance as 007 alongside Christopher Walken, Grace Jones, Tanya Roberts and Patrick Macnee.

The Long Kiss Goodnight (1996) Channel 5 9:00pm-11:20pm (2 hours 20 minutes)
An amnesiac teacher starts to experience disturbing flashbacks of her former life and hires a private eye to help her learn more about her history. His findings unearth a murky past and her involvement with a shadowy government organisation – whose agents have been dispatched to kill them both. Action thriller, with Geena Davis and Samuel L Jackson, alongside Patrick Malahide, Brian Cox and Craig Bierko.

Raging Bull (1980) ITV4 11:45pm-2:25am (2 hours 40 minutes)
Biopic of boxer Jake LaMotta, who rose to fame as the world middleweight champion in the 1940s. His career was marred by an inability to deal with his anger, leaving his family bearing the brunt of his rage and paranoia. Directed by Martin Scorsese and starring an Oscar-winning Robert De Niro alongside Joe Pesci and Cathy Moriarty.

.
Richie Rich (1994) 5* 4:10pm-6:00pm (1 hour 50 minutes)
The world’s wealthiest youngster has everything he could possibly want except friends. When his parents go missing, he must try to keep their fortune out of the clutches of a scheming executive, with the help of some less well-off children. Family comedy, starring Macaulay Culkin, John Larroquette, Jonathan Hyde, Edward Herrmann, Christine Ebersole and Mike McShane.

The Truman Show (1998) Sky Movies Comedy 6:10pm-8:00pm (1 hour 50 minutes)
A man is unaware his uneventful life is really a sham, and his every move is being secretly filmed and broadcast to the world as part of a 24-hour TV soap. However, a series of unforeseen events leads him to question the nature of his existence. Peter Weir’s media satire, starring Jim Carrey, Natascha McElhone, Laura Linney, Noah Emmerich and Ed Harris.

Fun Fact: The Trumania bit, where Jim Carrey draws on the mirror with soap and acts strange, was completely improvised by Carrey. In another take he drew long curly hair and a dress.

The Golden Child (1986) Film4 7:15pm-9:00pm (1 hour 45 minutes)
A private eye is recruited by a group of Buddhist mystics and sent on a mission to rescue an abducted boy whose supernatural powers will enable him to bring about world peace. However, the kidnapper is actually a demon in human form, determined to ensure the youngster does not fulfill his destiny. Comedy fantasy adventure, starring Eddie Murphy, Charles Dance and Charlotte Lewis.

Tron (1982) Sky Movies Disney 8:00pm-9:40pm (1 hour 40 minutes)
A computer genius hacks into the mainframe of the company he used to work for, hoping to find evidence against the executive who stole his ideas. However, the intelligent master program running the system transports him into an electronic world, where he is forced to battle gladiators in a series of deadly games. Disney sci-fi adventure, starring Jeff Bridges, Bruce Boxleitner and David Warner.

First Blood (1982) ITV4 11:35pm-1:40am (2 hours 5 minutes)
Vietnam veteran John Rambo is wrongfully arrested in a backwoods town and tested to the limits of his endurance by a brutal deputy. Rambo escapes from his cell and heads out to the woods, and with the forces of the law in hot pursuit he finally has the chance to fight them on his own terms. Action thriller, starring Sylvester Stallone, Brian Dennehy, Richard Crenna and David Caruso.

Whatever you’re up to this weekend, remember bigger isn’t always better and you can always loose, just don’t loose the lesson.
xoxo

September has been a busy old month for us at Truffle Shuffle with a ton of brand new, super cool T-shirts up on the site.  I’m going to give you guys a quick run down of these fab new retro treats which are all exclusive to us, you won’t find them anywhere else!  With well known brands ranging from Transformers to Diet Coke to Littlest Pet Shop, there’s something for everyone!

A legend among mullet lovers and Fun House fans, all round nice guy Pat Sharp is back and looking just as good as we remember on this genius, Mullet enthusiast magazine cover style Pat Sharp T-shirt.  He’s the true king of 80s cool!

Leader of the Autobots, Optimus Prime takes centre stage on this awesome new silhouette print design. Perfect for any fan of the legendary Robots in Disguise, this Transformers T-Shirt is the best way to pledge your allegiance to the good guys.

Since the 70’s we have been deeply engrossing ourselves in the role playing game Dungeons and Dragons, Solving dilemmas, engaging in battles and gathering treasure and knowledge with the help of some special dice. This fab Dungeons and Dragons T-Shirt comes with original box cover artwork and is a great nostalgic find!

If nothing reaches the spot like a good gulp of Diet Coke and the memory of those steamy ad’s gets you all hot under the collar in requirement of instant refreshment and gratification, you will absolutely love this wicked new scoop neck tee, exclusively from TruffleShuffle! Paying homage to one of the most popular soft drinks on the planet and those hot male models, this Diet Coke T-Shirt comes with an awesome distressed retro logo print.

Its a game of skill and tact, pretty much the same as dating!  Show your true intentions in this wicked play on words, Monopoly T-Shirt!

The perfect way to remember the movie which captivated kids everywhere, this wicked E.T. T-Shirt features a print of the famous finger to finger moment and cycling in front on the moon, celebrating the classic story of the Alien who lost his way. It’s a really nostalgic find which anyone who loved the film back in the 80’s is sure to appreciate!

A whole host of treats I’m sure you’ll agree, we hope you find something you love among them!