Being such huuuuge fans of retro movies, we of course love nothing more than to kick back in our very own Home Alone T-Shirts, put our feet up and watch one of our all time favourite kids films Home Alone.

Every kid wanted to be him, cheeky, lovable, and the ability to effortlessly get one over any meddling adult who put him to the test. To help spread the Home Alone love, we thought we would share some fab little facts we recently discovered out this cult kids film. Take a peek!

Kevin’s classic retro toy The Talkboy was originally created as a non-working prop for use in the film. Later in 1993 it was made into a retail version, brought on by a massive letter-writing campaign by young fans of the film who wanted the real thing.

John Candy amazingly filmed his part in just 1 day, a very long 23-hour day that is! The story about having once forgotten his son at a funeral home was entirely improvised. His part is obviously inspired by the character he played in Planes, Trains & Automobiles. 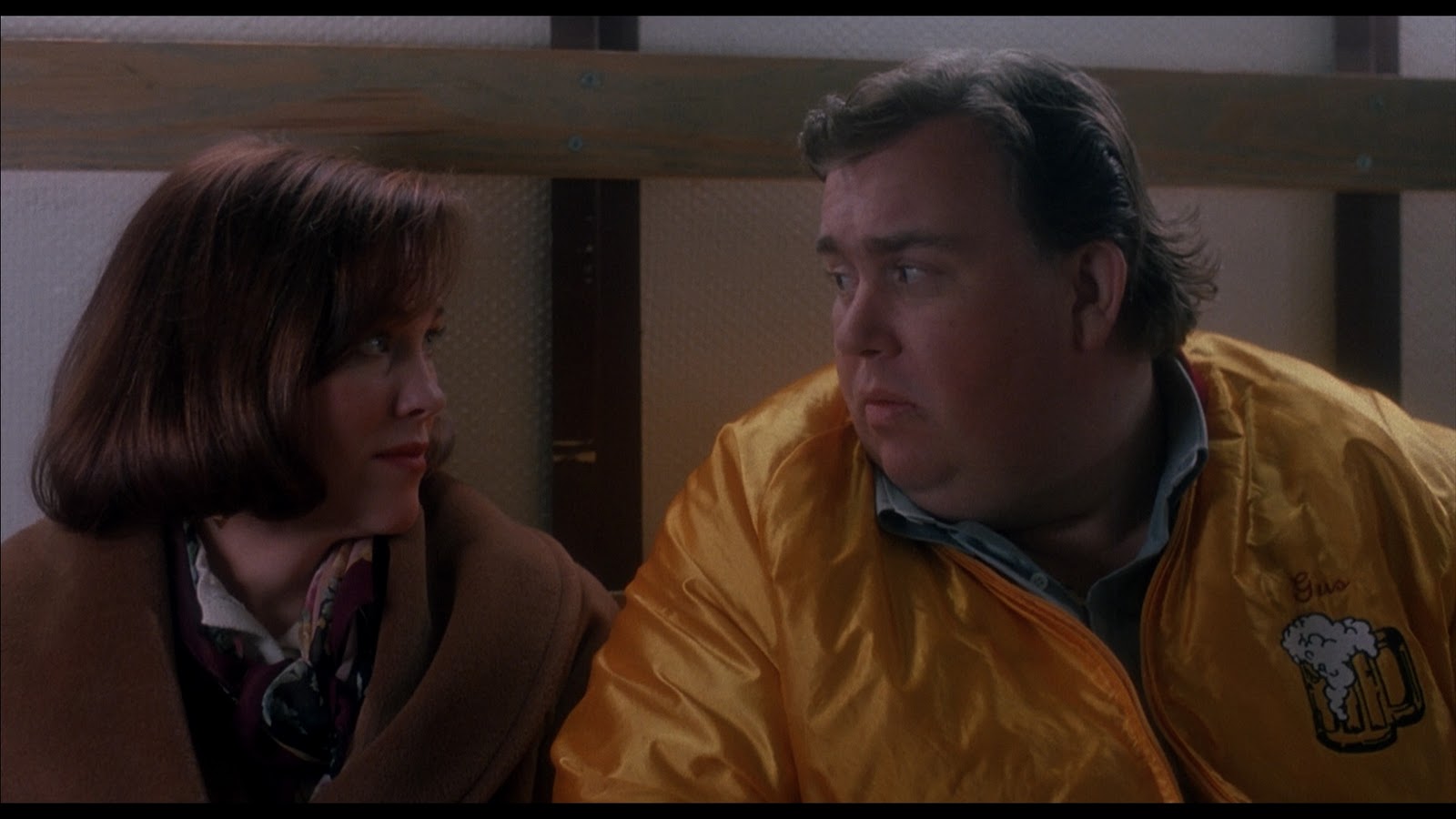 Daniel Stern agreed to have the tarantula put on his face for exactly one take. He had to mime screaming because the noise would have scared the spider, and the scream was dubbed in later. 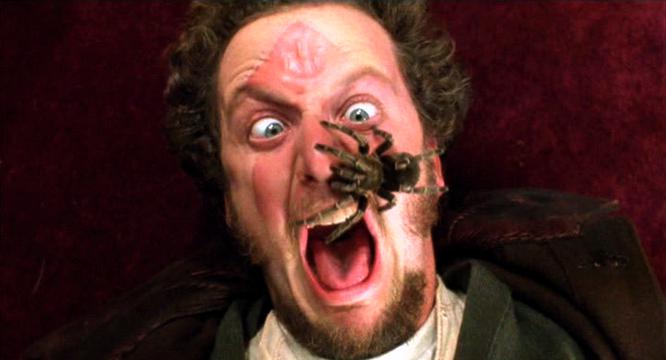 The posters and DVD cases for the movie had Culkin with his hands on his face and screaming, based on the famous painting “The Scream” by Edvard Munch. Know the one?

Angels with Filthy Souls is actually a fictional gangster film that was made specifically for the film. There is also a sequel to the film, Angels with Even Filthier Souls, in the sequel Home Alone. Yep…they made a little movie, to be in a movie. Inception! 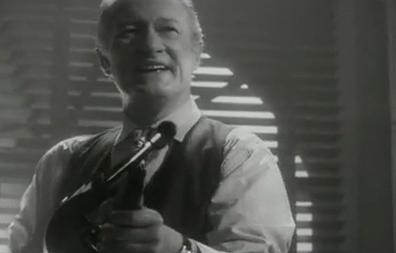 Iconic actor Robert De Niro actually turned down the role of Harry which was of course later accepted by Joe Pesci.

There is a legend that Elvis Presley (who died in 1977) made a cameo in the movie. Many of those who believe that Elvis is still alive maintain that, the heavily bearded man standing in the background of the scene where Mrs. MacCallister is shouting at the desk clerk (just before she meets John Candy) is in fact….Elvis. 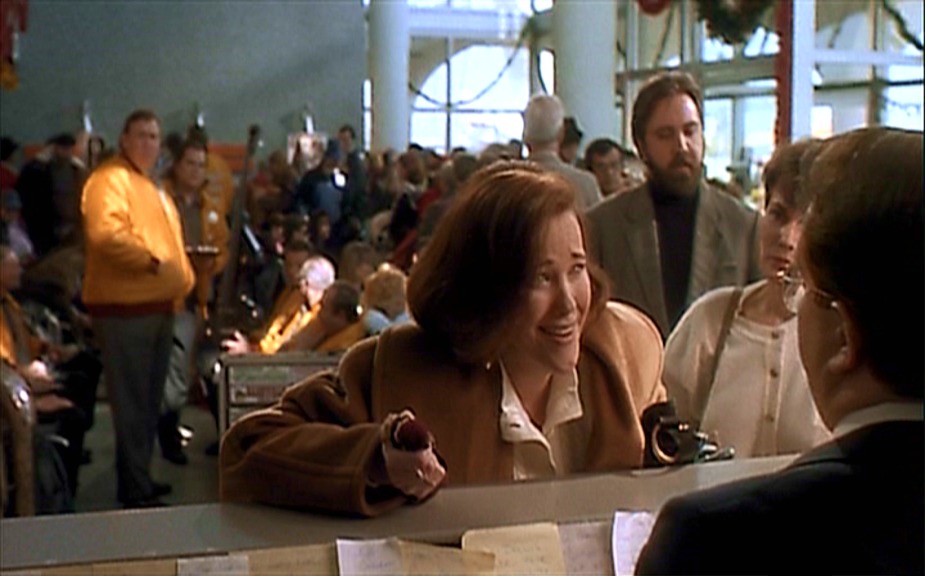 The picture Kevin finds of Buzz’s girlfriend was actually a picture of a boy made up to look like a girl because the director thought it would be too cruel to make fun of a girl like that. So kind.

Left wanting more Kevin action? Check out our range of Macaulay Culkin T-Shirts for both him and her…

So like a big pink ice cream van, full of delicious tasty icy treats, let us by your custodial frosted desert dealer as we prepare for you a mammoth sized creamy retro 99 topped off with swirly magic movie moments and sprinkles of celluloid cinematic wonder – oh and a flake! Maverick (1994) 5USA 12:00pm-2:35pm (2 hours 35 minutes)
Wisecracking gambler Bret Maverick and con artist Annabelle Bransford cheat their way across the Wild West to make the money they need to enter a high-stakes, once-in-a-century poker tournament, with a ruthless rival on their trail and a principled lawman as an unlikely travelling companion. Comedy Western, starring Mel Gibson and Jodie Foster, with James Garner, star of the original TV series, alongside Graham Greene and James Coburn.

Stripes (1981) Dave 9:00pm-11:05pm (2 hours 5 minutes)
Two layabouts enlist in the US Army in the mistaken belief that a modern serviceman’s life is the equivalent of a luxury holiday. However, the pair quickly realise military duty is much more rigorous than either of them could ever have imagined, while a jaunt in a commandeered high-tech vehicle creates an international incident when they cross into enemy territory. Comedy, with Bill Murray, Harold Ramis, Sean Young, Warren Oates, John Candy and Judge Reinhold.

Armageddon (1998) BBC3 9:40pm-12:05am (2 hours 25 minutes)
Nasa discovers an asteroid the size of Texas is on a collision course with Earth, so a drilling expert is recruited to train a team of misfits to transport a nuclear device into outer space to destroy it – but having had no experience of space travel, the reluctant astronauts find themselves seriously out of their depth. Sci-fi thriller, with Bruce Willis, Ben Affleck, Liv Tyler, Michael Clarke Duncan, Billy Bob Thornton and Steve Buscemi.

Honey, I Blew Up the Kid (1992) Channel 4 2:40pm-4:25pm (1 hour 45 minutes)
A scientist perfects a device for making objects grow when they come into contact with electricity. Unfortunately, his two-year-old son is accidentally turned into a giant and goes on the rampage through the streets of Las Vegas. Disney comedy sequel, starring Rick Moranis, Marcia Strassman, Robert Oliveri and Lloyd Bridge.

Uncle Buck (1989) ITV2 7:00pm-9:00pm (2 hours)
An unreliable but good-natured slob is called upon to look after his trouble-making nephew and nieces while their parents are away – and what starts as a disaster soon changes for the better as the unlikely babysitter gets to grips with the finer points of the job. Family comedy, starring John Candy, Macaulay Culkin, Jean Kelly, Gaby Hoffman, Amy Madigan and Laurie Metcalf.

Beverly Hills Cop (1984) Channel 4 11:15pm-1:15am (2 hours)
Fast-talking Detroit cop Axel Foley heads for Los Angeles after an old friend is murdered before his eyes. His search for the killers leads him into conflict with a seemingly untouchable drug kingpin, but he also has to contend with the local force, who do not want him taking matters into his own hands. Comedy thriller, starring Eddie Murphy, Judge Reinhold, Ronny Cox, John Ashton and Steven Berkoff.

Ding ding ding, bonus movie clip time to get you all in the mood – enjoy 😉

Don’t forget to check out our ever growing range of retro inspired Movie T-Shirts so you can crown yourself a superfan!

Whatever you get up to this weekend, remember to have fun, enjoy yourselves, turn off the alarm clock and have a lie in!