One of our biggest goals with our ever-growing range of cool t shirts, is to become the ultimate anti-fast-fashion go to.
Rather than design things you’ll love for just a few weeks or months, designing things that we know you’ll love for many years to come is really what motivates us.

Featuring truly iconic designs from the best-loved bands, movies, cartoons and more, our collection of vintage tshirts is a total treasure trove of classic styles that we know you’ll be able to style and wear for years and still look and feel at the top of your game.

To help showcase some of our most classic designs, we’ve picked out our top ten tshirts that are guaranteed to never go out of fashion and we hope you’ll agree. Take a look! 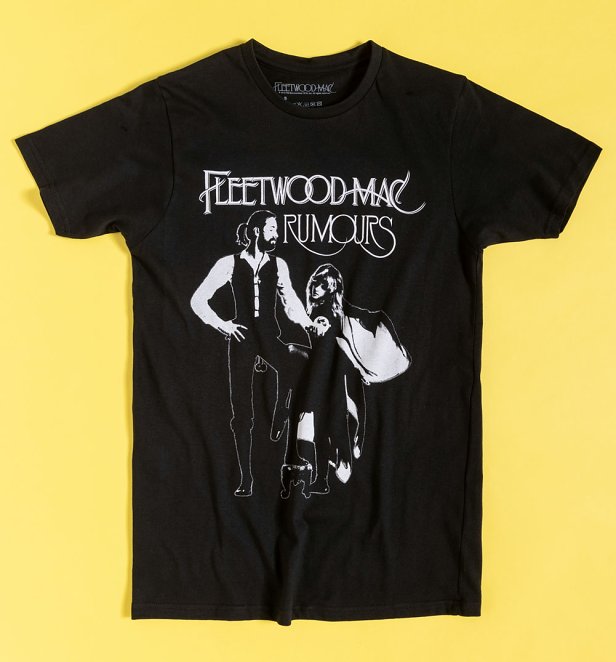 Coming in strong, they really don’t get much more iconic than this stunning Fleetwood Mac T-Shirt! Rumours, their 11th album proved to be their most successful release, selling over 45 million copies worldwide. A true icon that’s been cool since its release in 1977. 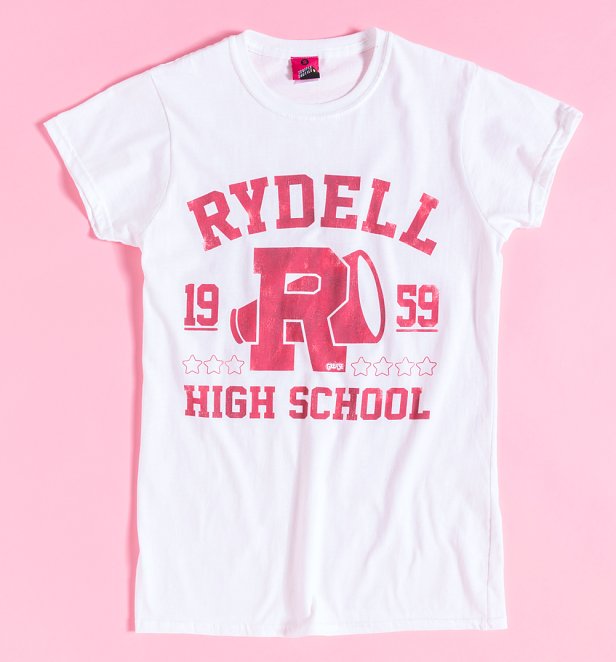 END_OF_DOCUMENT_TOKEN_TO_BE_REPLACED

Threshold looking less than fresh? Brighten up your hallway or doorstep and greet your guests in style with one of our latest exclusive Doormat designs inspired by cult favourites.

Don’t let your doorway let you down. Step this way to check out our latest designs! 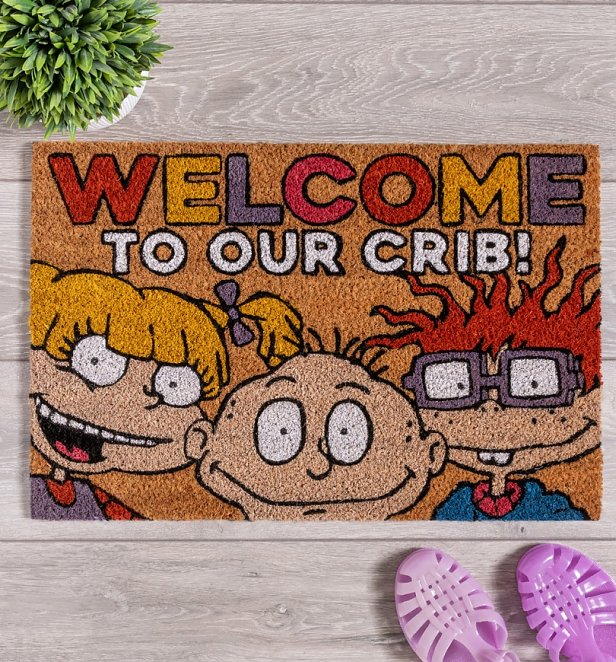 The beloved toon toddlers, Tommy, Chuckie and Angelica are ready to welcome guests to your crib in true throwback style courtesy of our exclusive Rugrats doormat. The perfect tribute to Nickelodeon’s golden era. 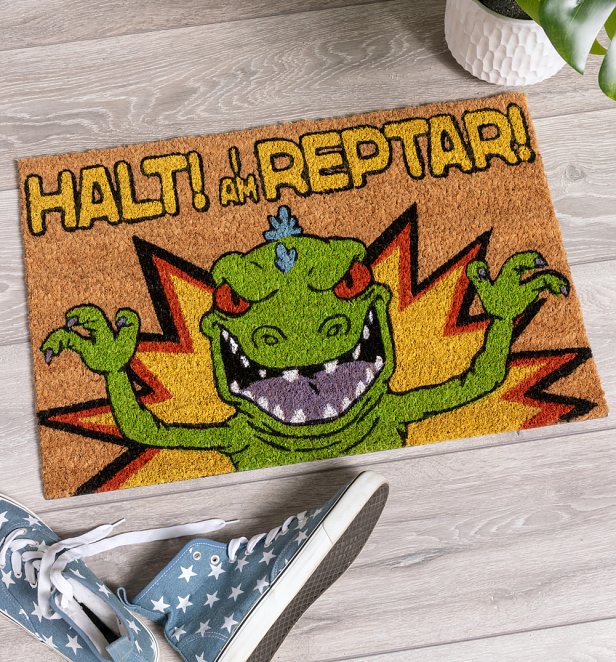 END_OF_DOCUMENT_TOKEN_TO_BE_REPLACED

They’re violent, they’re lazy, they’re nothing but trouble and boy do we love them for it!
Always looking to add more and more classic shows and designs to our collection, we’ve taken a dive into the weird and wonderful world of the rock-loving, 90s dudes with some exclusive Beavis and Butt-Head clothing and accessories! 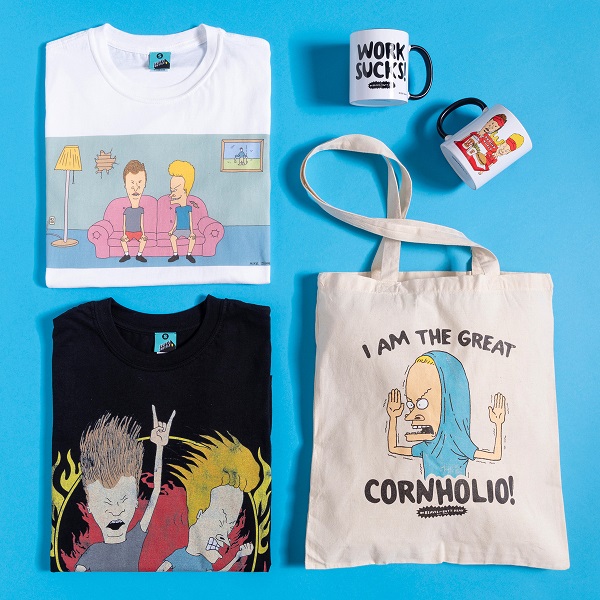 With some totally cool new Beavis and Butt-Head T-Shirts featuring the not-so-dynamic duo as well as some awesome homewares including mugs and tote bags, check em out, dudes…

END_OF_DOCUMENT_TOKEN_TO_BE_REPLACED

So has anyone been watching the new small screen version of Teen Wolf?

Obviously, here at TruffleShuffle, we’re HUGE fans of the original movie so it was with some trepidation that we thought we’d give the new TV version a go. It premiered in the states back in June on MTV and it’s now being shown over here on Sundays and Thursdays on Sky Living at 8pm!

The story centres around socially awkward Scott McCall (played by Tyler Posey who also appeared in Maid in Manhattan, Brothers and Sisters), the quintessential outsider, whose life is turned upside down after a terrifying encounter with a werewolf. To Scott’s amazement, his body begins to develop super-human abilities overnight. Life has never been so good for once unnoticed Scott, who, thanks to his new found success in the school lacrosse team soon becomes the most popular and desirable guy in school.

If that’s whet your appetite, here’s the trailer…..

Will his new gift prove to be a blessing or a curse though? Only time will tell!

Obviously you can’t blame the show creators for cashing in on the huge vampire and werewolf craze but have they done one of our favourite movies justice or are they just going to piss off a whole bunch of 80’s kids by dirtying the name of such a true movie classic? Well we’ve tuned into the first few episodes and to be honest, we’re struggling to see any resemblance to the original apart from the title! They’ve totally changed the tone and mythology of the story and gone for a much darker, scarier and edgier theme. That’s not necessarily a bad thing though – obviously we understand they had to make changes to bring it into the 21st century and if it means a new generation falls in love with Teen Wolf (albeit a totally different incarnation) – I guess that’s OK with us. Plus, as remakes go, this isn’t too bad. The acting is decent, there’s plenty of comedy thrown in, along with a big dose of teen angst for good measure. It’s not Teen Wolf as we know it so we just hope any new fans it brings in take the time to watch the original too because let’s face it, everyone should!

In light of that, we couldn’t resist grabbing the “B” Ball (the TV show have gone for lacrosse instead by the way – what’s that all about?) getting in some car surfing and howling at the moon with some original Teen Wolf moments…..

Who hasn’t wanted to do this?

And of course, no 80’s classic would be complete without a cheesy 80’s rock sound track and man this is one of the cheesiest I’ve heard…..

Of course, as one of our fave movies, we couldn’t resist adding a few cheeky Teen Wolf tees to the site too!

We particularly love this design from POPMASH which is the kind of reinterpretation which we definitely love!

And while we’re on the subject of Teen Wolf Merchandise… check out these awesomely cool Teen wolf inspired Pumps from Nike. GENIUS!