If there’s one thing we know, it’s finding new and exciting ways to show off our passion for our favourite movies, games, characters and bands. It’s become somewhat of a way of life for us now! With all the recent snow, rain, wind and general weather rubbishness, there’s one thing we’ve come to appreciate more than ever and that’s a decent doormat. – Yes we are now that old.

Always there to brighten the look and feel of your entrance way and if done right can raise a smile when entering or leaving your home, we’ve been collecting some ace new designs which we’re sure will brighten even the most boring walkways. Take a peep! 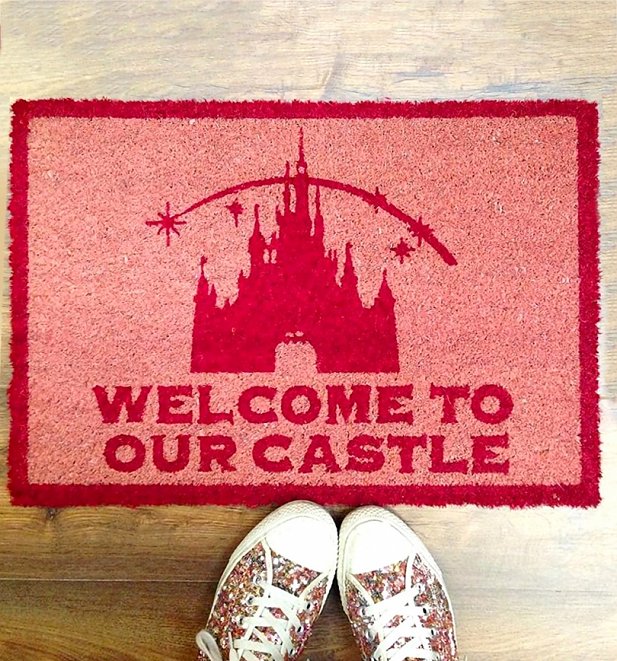 END_OF_DOCUMENT_TOKEN_TO_BE_REPLACED

Guess what…. Father’s Day 2017 edition is right around the corner and we’re here to make sure it rocks!

Never ones to miss out on a good time and getting the chance to spoil someone special, we’ve been busy collecting some of our favourite Father’s Day Gift ideas together in our nifty little Father’s Day Gift Guide on our site.
Chock full of clothing and goodies we’re sure he’ll love and with FREE next day UK delivery when you spend £30 and use code FDNEXT, there’s still time to grab something that really make his day.

So, we’ve got you covered with the goodies, now let’s really up your Father’s Day game! We’ve been busy creating what we think is THE Ultimate Father’s Day Playlist on Spotify (unofficial title) and we’re handing it over to you guys.
Share this with your old man to play, blast these out at home to really complete the afternoon or perhaps just enjoy yourself because… well there are some real classics in here, it’s up to you! Air guitars are compulsory though…

Taking inspiration from our very own range of classic Band TShirts, we’ve loved revisiting these absolute gems… as well as checking out their music! Take a peep below at some of the designs that have inspired the playlist and maybe pick out something special for your old man.

Whatever you get up to this Father’s Day, from all the TruffleShuffle team we hope you have a fab day and get up to all kinds of mischief.

Wall art is a really simple and easy way to spruce up any room and we’ve got a very cool selection that can give your home a stylish and retro touch, you’ll be the envy of every visitor!

Whether you’re a movie buff, retro gamer or music lover we’ve got all bases covered with fab original art for such retro icons as Labyrinth, Back to the Future, Marvel Comics, Sega, David Bowie, Roald Dahl, Coca-Cola and sooooo much more! Whatever your taste, there’s definitely something for everyone at a range of prices that really won’t break the bank! Let’s take a look… We’re particularly proud of our Harry Potter art collection with a range of magical framed prints featuring the likes of Sirius Black, Bellatrix, Lucius and of course Harry himself.  We also have a Hogwarts crest for those of you wishing to be a wizard in training! And below are a few of my favourite movie prints that I’m planning to adorn my walls with, let us know which prints would look perfect in your home!