Skip to content
It’s official, the must-have style right now isn’t the latest hot cut of jeans, the bold new top and skirt combo but… whatever makes you oh-so-comfortable!

Yep, comfort is where it’s at, whether you’re working from home and hitting video calls, or out and about but need to kick back and settle in for the night after a long day, getting cosy is the only clothing goals right now.

It’s safe to say, we know cosy, if we’re not designing super-soft retro t-shirts and sweaters, we’re working on heaps of other ways to keep cosy and look the part including our latest collection of fun dressing gowns! Check em out… 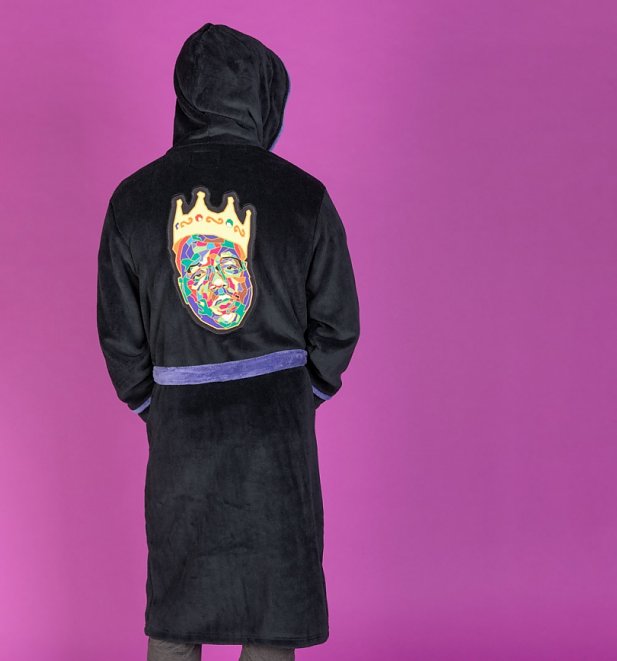 Show some serious love for one of the greatest and most influential rappers of all time, Biggie Smalls or The Notorious B.I.G. Become a legend in the wrapping up warm same with this cosy, hooded Biggie Smalls Dressing Gown featuring the iconic crown image on the back and chest embroidery on the front.
END_OF_DOCUMENT_TOKEN_TO_BE_REPLACED

Pop up Pirate! The Weekend is here!

So like a rustic country farm with happy mud encrusted pigs, the ever proud herd of black and white cattle huddle in field while an over eager border collie chases after a stick. Let us be your old timey farm hand as we climb aboard our tractor of destiny to plough through the fields of retro movie fantasticness, sow the seeds of cinematic awesomeness and dig out great mounds of celluloid wonder.

Crocodile Dundee II (1988) Channel 4 6:55pm-9:00pm (2 hours 5 minutes)
The rugged Australian adventurer sets out to save his reporter girlfriend from New York drug dealers. Having rescued her from their clutches, he realises they will soon be coming after him – so he decides to even the odds by luring them to the Outback for a final showdown. Comedy adventure sequel, starring Paul Hogan, Linda Kozlowski, John Meillon and Charles S Dutton.

Short Circuit (1986) Syfy 5:00pm-7:00pm (2 hours)
A military robot is struck by lightning and develops a mind of its own. The machine embarks on a series of comic misadventures, but the company that made him want him back. He realises his only hope is to convince the scientist who invented him that he really is alive. Sci-fi comedy adventure, starring Steve Guttenberg, Ally Sheedy and Fisher Stevens.

The Karate Kid Part II (1986) 5* 7:40pm-10:00pm (2 hours 20 minutes)
High-kicking teenager Daniel accompanies his venerable mentor Mr Miyagi when he returns to the Japanese province of Okinawa to visit his dying father. However, an old rival of Miyagi’s is waiting for them, while Daniel is drawn into a vicious conflict with their enemy’s own karate protege. Martial arts sequel, starring Ralph Macchio, Pat Morita and Yuji Okumoto.

The Full Monty (1997) E4 9:00pm-10:45pm (1 hour 45 minutes)
Six unemployed men from Sheffield decide to become strippers for one night only in a bid to raise extra money. However, with no dancing experience and far from perfect physiques, the men rely on the unique selling point of complete nudity to impress the punters. Comedy, starring Robert Carlyle, Mark Addy, Tom Wilkinson, Hugo Speer and Paul Barber.

Star Trek III: The Search for Spock (1984) Channel 4 2:25pm-4:25pm (2 hours)
Admiral Kirk and his crew hijack the decommissioned Enterprise to recover the body of their fallen comrade Mr Spock from the planet Genesis. Kirk has learnt that Spock’s spirit is still alive, and the Vulcan can be resurrected, but he must also battle a Klingon captain determined to control the planet’s mysterious energy. Sci-fi sequel, directed by Leonard Nimoy, with William Shatner, DeForest Kelley and Christopher Lloyd.

Kindergarten Cop (1990) ITV2 5:50pm-8:00pm (2 hours 10 minutes)
A tough detective is forced to pose as a pre-school teacher in a bid to capture a drug dealer whose son is one of the pupils. However, his biggest challenge turns out to be controlling a class full of five-year-olds. Comedy, starring Arnold Schwarzenegger, Penelope Ann Miller, Linda Hunt, Pamela Reed and Richard Tyson.

Purple Rain (1984) Sky Movies Drama & Romance 1:20am-3:20am (2 hours)
A talented singer tries to escape his troubled home life through his music. However, his arrogant nature puts him in danger of alienating his band and losing the fellow performer he loves to a charismatic rival. Musical drama, starring Prince, Apollonia Kotero, Morris Day and Olga Karlatos. The soundtrack features hits including the title track, Let’s Go Crazy and the Oscar-winning When Doves Cry.

I’ve actually been waiting for Purple Rain to be on TV for a while just so I can include this video. (sure it’s on late but that’s what Sky+ was invented for!)

Whatever you get up to this weekend, remember to have fun and enjoy yourselves.

This month we have been very, very busy bees! Have a look at what’s new…

Punky Pins Jewellery
Punky Pins invaded the independent fashion scene with a range of kitsch accessories in 2005. Produced and handmade in-house in their fast paced design studios, Punky Pins offers fresh, fun, cutting edge designs that can’t be found on the high street. Our new collection consists of 11 individual and quirky pieces which have a nostalgic, retro feel. Click HERE to see the full range.

The Beatles
The Fab Four are always a popular choice, and these four new styles are bound to hit the spot with any super-fans! The men’s styles also make a particularly cool fathers day present idea! To see all Beatles product click HERE.

Labyrinth
We couldn’t believe the incredible response to this movie! We always thought it was pretty cool but as it’s such a quirky one, we thought we may be alone in our worship. So, after the resounding success of our current collection we have added these beauties to feed your insatiable appetites for all things Labyrinth! To view the full collection, click HERE.

Sunglasses
And, in eager anticipation of a bit of sunshine, we have added to our sunglasses range. To see them all click HERE.

We also have a load of new products and brands due to launch over the coming weeks. You can looking forward to the Disney Couture Icon and Winnie The Pooh Collections, Glo-Worn, Furby and Guess who tees, Jubilee gifts and clothing, House Of The Gods premium clothing, Harry Potter, Only Fools An Horses and more….
xoxo