This week, the TruffleShufflers have been racking their brains and seeking inspiration for that well-known Halloween dilemma, what the hell do I carve into my pumpkin???

Yes, for this week’s Friday Facebook competition, everyone at Truffle Towers was given their very own pumpkin with the brief that we had 2 days to design and create a character carving with a retro, 80’s spin.

Well, I must say the end results were very impressive! After a week of highly competitive talk and secretive Internet researching, the portly pumpkins have now been papped and released on our Facebook page!

The name of the game is to LIKE or comment on your favourite to help us decide which TruffleShuffler deserves the title of Pumpkin carving chief! The one with the most votes wins the TruffleShuffler a prize and whoever likes or comments on any pumpkin gets popped into a hat and we’ll randomly select one of you to win a special Halloween treat! You can enter here until 2pm today so please do get invovled!

So, here are the entries..

From Pac-Man to Mario, Transformers to Sesame St, a whole host of our favourite characters have been represented in pumpkin form!

Which is your favourite? xoxo

O.k. so two weeks ago I set myself a challenge to watch as many movies as possible over the course of a weekend.

I’m almost ashamed to say I failed that challenge. I put it down to a short attention span and consuming too much alcohol on Satuday night which meant I got out of bed to find I’d missed most of the day. EPIC FAIL!

Luckily though, all is not lost! Whilst browsing the good old TV guide this week, I noticed that Sky movies sci/fi has a Superman marathon on (not easy at all to say.)

Yes all my fellow wannabe Superheroes, all four Superman movies starring the legendary Christopher Reeves along with Superman Returns are being shown on Sunday from 12:40 pm onwards.

Unfortunately for me however, I don’t have Sky nor do I know any one that does, bad times! Never fear though, if you’re in the same boat and need a retro movie smack upside the head this weekend, here’s an alternative list of old school delights available to you this weekend on good old regular television. 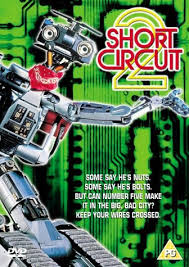 Short Circuit 2: Number 5 is alive and is a total robot legend, in fact the best robot ever next to Steven Hawkins whose technically not a robot but a cyborg. On from 4:00pm- 6:10pm on G.O.L.D 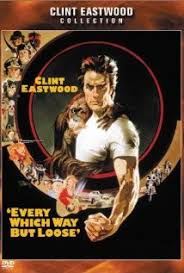 Every Which Way But Loose: Clint Eastwood and an orangutan named Clyde get into trouble with hillarious results. It’s on from 11:45-1:50 on ITV 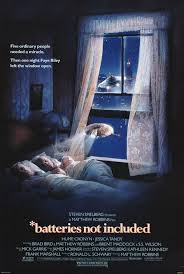 Toy Story 2: Buzz, Woody and my personal favourites Mr. and Mrs. Potato head are back for round 2 in my pick of the day! Fantastic fun for all the family! Catch it from 6:05-8:05 on C5 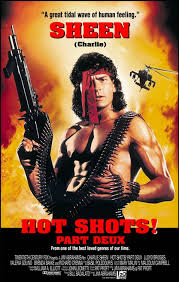 And that’s all folks! Any great movie recommendations you might have would very much be appreciated seeing as I’m trying to make up for my appalling lack of commitment last week.

If you do watch any of these films let us know what you thought, after all, the films you watch inspire us to make better t-shirts.

Have an awesome weekend everybody.

If you’re anything like us then you’ll be eagerly waiting for the 42nd annual San Diego Comic Con to begin next weekend! For those not in the know, Comic Con is for anyone who’s really into comic book, films, TV shows, and anything else nerdy! It’s basically a huge gathering (over 120,000 strong so really, really HUGE!) of enthusiasts (generally dressed up as their favourite characters) all coming together to share their stories and trade their wares. The best bit is that you get to meet the creators, artists and stars of some of these amazing productions which is why it’s such a mecca!

Originally started by a group of comic book fans in the San Diego Area, the first convention was held in the basement of the U.S. Grant Hotel with an attendance of  just 300 people.The convention has moved about throughout the years, going from the U.S. Grant Hotel to the University Of California At San Diego and finally to the San Diego Convention Center. In that time, it has grown to an attendance of over 100,000 people and has expanded to four days. It has now become the largest comic book convention in the world so it’s pretty special!

So are any of you lot going this year and if so – seeing as it’s pretty much obligatory to dress up, we figured we’d run down some of our favourite Fancy Dress Costumes to help get you sorted!

First off, you could be flying off to comic con in proper old school style with this amazing official Superman costume. It’s all you need to woo your adoring crowd and go about your super hero activities! Proudly show off your ripped torso and world saving capabilities for all to see! And all that for £36 too!

Show mercy to those whose fancy dress costumes just cannot compare to this, an amazing Ming The Merciless costume! The evil villain from Flash Gordon, certainly does not look minging in this finery! With a red velvet cape and gold detailing (including the star logo on the back,) the costume includes a velvet cape, full length elasticated waist tunic, foam belt, velvet collar and gloves in gold and red.

And not forgetting the girls! Just for one night (or more if you like it!) become the Princess of Power, She-Ra and shout at the top of your voice ‘For the honour of Greyskull, I am She-Ra’! This fab fancy dress costume comes with headpiece, cape, top, skirt, arm cuffs and boot covers!

Don’t quite fancy going the whole hog and going all out in Fancy Dress? Well fear not TruffleShufflers, we of course have a tonne of awesome T-Shirts for you to show off your true fan credentials somewhat more subtley!

There’s Iron Man, a cool exec with a heart of steel, Tony Stark is the invincible Iron Man and more importantly, the star of this new Super Hero tee from Junk Food!

Or if you prefer your Superheroes a little more stacked, there is of course The Hulk!  With an image of the mighty Marvel character crashing through the tee, it’s definitely a no messing kind of tee!

From men’s Superhero T-Shirts to ladies She-Ra T-Shirts – you can’t fail to find the perfect outfit so make sure you drop by and check out our huge range of old school goodies which are just perfect for any fellow geeks whether you’re off to Comic Con or not!

But for those of you lucky enough to be going along, make sure you take lots of pictures as we’d love to see them!

Being a keen cyclist I was pedalling my way across the world wide web the other night when I came across some some fantastic illustrations by graphic designer/illustrator/fellow bike fiend Mike Joos.

If like me, you grew up reading comics you’ll know some superheroes can fly through the air, some can scale skyscrapers and others can metamorphose into other beings. However, I don’t remember them ever resorting to riding bicycles! Joos, has created the funny side of these superheroes with these illustrations in which each character rides a customized bike. What is even more clever is that each of the bicycles is somehow connected to the character that sits on it.

See a selection of our favourite bike-themed Joos pieces below:

A close friend once asked me this very question with an air of shame in his voice. I honestly can’t say that I answered him as I was too busy witnessing the Rock stare down Hulk Hogan at yet another sold out Wrestlemania. I guess my ability to zone out when the wrestling is on comes from just years and years of being a fan of the strange and yet somehow (not so) beautiful erm ugh sport??!

You see back in the early 80’s when I was a wee nipper, on Saturday afternoons just after Saturday superstore and before the A-Team, on I.T.V’s World of Sport was Professional Wrestling and not the over the top glamed up wrestling we know today. This was British Wrestling, this was two burly men in leotards, two big sometimes overweight often middle aged men in skin tight lycra, gut barging, eye gauging and head locking their way out of our TV set. The two biggest names of the time were Big Daddy (who my Nan loved and my Granddad knew he could beat) and Giant Haystacks, a scary hairy monster of a man at 6 foot 5 and over 20 stone. Each week these behemoths in spandex would fight in village halls in front of old biddies swinging handbags and chanting “easy easy easy”, etching their legendary rivalry into the history books. Eventually their epic rivalry came to an end when Big Daddy gut barged Giant Haystacks out of the ring and through a table for a ten count making Big Daddy the winner in front of a sold out Wembley arena.

Sadly the wrestling stopped on Saturday afternoons but my love for this uniquely brutal form of entertainment did not die. By the time I got to Primary School most of my friends had acquired cable TV and a new group of heroes. Gone was the argument of “who would win in a fight Big Daddy or Superman?”, no now it was “who would win in a fight, Hulk Hogan or Superman?”. I’d hear playtime stories of Andre the Giant an actual freaky giant at 7 foot 5, The Ultimate Warrior and Hulk Hogan a man with a handle bar moustache, a silky white mullet and skin orange and shiny.

They all seemed way too mythical to be real to me but the stories kept coming. The Biggest story at the time was when Hulk Hogan finally slammed Andre the Giant at Wrestlemania 3, Andre was huge well over 500 pounds (I never realised pounds was weight, I just thought it was a lot of money). Gone were the chants of “easy easy easy” now we chanted “USA USA USA”, We weren’t even American, it made little sense but nothing did and it was fun.

Every playtime we would group together and do “Ible oble black bobble ible oble out” to see who got be Hulk Hogan and one at a time would line up to get slammed on the grass when the teachers weren’t watching. Most the time, in fact every time it would end with someone shouting “Pile On!!” and us in massive heap on the grass laughing and screaming, a teacher would shout “break it up” and we would walk heads down with grass stained knees back to class.

I don’t know if can answer my friends question. I guess pro wrestling is like a man’s version of Coronation Street or Eastenders. You get a bit of a story, a lot of bad acting and some violence – what more do you want? Just take this advice from Hulk Hogan “Train hard, take your vitamins and say your prayers” oh and “What you gonna Doooo, Watcha gonna do Brother when Hulkamania Runs wild on you?”