If like me, you’re bored to the back teeth of trashy reality T.V then boy have we got a treat for you this weekend! Prepare to cosy up with us TruffleShufflers on the sofa and veg out big time out for a  full on old school movie master class.

Yes, I’ve quite literally challenged myself to watch as many retro movies as possible over the coming weekend. Don’t worry – I’ve only chosen movies available on freeview or terrestrial channels so everyone can join in with my square eyed extravaganza.

The amount of awesome movies on the old telly box is quite frankly incredible so here’s my very own old school TV guide for your viewing pleasure!

As most normal people don’t get out of bed on a Saturday before Noon, I’m starting with James Bond Live and Let Die which is on ITV4 at 12:30 – 3:00pm!

Complete with the awesome Paul McCartney theme tune that later was made even more awesome by Guns N Roses,  the legend that is Roger Moore and the weird voodoo stuff, it’s the perfect wake up call to start off the movie marathon.

OK so you’ve got half an hour to grab yourself a cup of tea and a quick bite of late lunch in preparation for the next in line, that modern day classic Men in Black which is on 5* at 3:30 – 5:25. 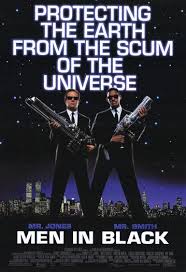 Join Will smith and Tommy Lee Jones as they hunt down the scum of the universe – great for all the family too!

You might have to miss the last 30 mins though because next up, I’ve found a proper 80’s classic which really can’t be missed! It’s only flipping Brewster’s Millions which is on ITV4 from 5:00pm-7:00pm

For anyone who hasn’t seen it (really??!) the comedy legend that is Richard Prior has to spend 30 million dollars in just one month or he’ll lose get his inheritance. Cue loads of laughs and plenty of feel good moments – it really is a bloody brilliant film and my pick of the day!

Time for a tea and toilet break as you’ve got 30 minutes before the next instalment of my movie marathon which is the 2009 remake of Star Trek, on from 7:30pm-10pm on Channel 4.

For a more authentic experience, we recommend slipping into one of our Star Trek Dressing Gowns to prepare yourself for going boldly where no man has gone before!

Live long and prosper folks as we reckon that after all the movie mayhem, it’s definitely time for bed (although if you do feel like staying up, the cracking Eddie Murphy Raw is on Film 4 at 11:05pm-12:50am.)

Never fear though as when you wakey wakey on Sunday – you’ve got a tonne of pure 80’s gold to look forward to! The film follows David Lightman (the awesome Matthew Broderick), a young hacker who unwittingly accesses WOPR, a United States military supercomputer programmed to predict possible outcomes of nuclear war. Lightman gets WOPR to run a nuclear war simulation, originally believing it to be a computer game but it causes a national nuclear missile scare and nearly starts World War III. Definitely worth waking up early (well early-ish) for!

Most excitingly of all though, on channel 5 from 2:00-4:00pm, you’ve only got The Goonies to enjoy! Perfectly timed to coincide with the Sunday Roast, prepare for some proper family fun with Chunk and the gang! And don’t forget to join in for the Truffle Shuffle scene in our honour…..

Preferably wearing our Men’s How To Do The Truffle Shuffle Goonies T-Shirt from Fame and Fortune Good god we love this film!

If time travel was actually possible I would then watch Back to the Future which is on from 5:55pm-8:00pm on ITV2 meaning it it overlaps with Transformers Revenge of the Fallen which starts at 6:40pm-9:00pm Channel 4.

Which to choose? Well don’t know about you but I’m going to leave it up my magic 8 Ball!

Finally, to top off our weekend long movie marathon, finish up with  Trading Places which is on from 9:00pm-11:15 on Film 4. More Eddie Murphy this time alongside Dan Aykroyd

Pheweeeeeee……..that old school movie combo should definitely quench your movie thirst and tingle those celluloid taste buds for another week. Bring it on!

FYI….
If I succeed in this challenge I’ll be sure to let you all know and if you choose to join in, let us know how you fared and if there are other movies I may have missed!

Oh and of course, if you’re in need of more 80’s movie nostalgia head on over to our main site where you’ll find an awesome selection of tees for movie buffs!

END_OF_DOCUMENT_TOKEN_TO_BE_REPLACED If you are anything like me then you are eagerly anticipating the release of the new transformers film which is due to be launched on 29th June.

Most of the cast from the first two films have been revived, the most notable absentee is Megan Fox after her character Mikaela was dropped for this film. English model Rosie Huntington-Whiteley has replaced Fox as Sam’s love interest in the new film.

If the trailer is anything to go by then the film is going to be packed full of action and awesome special effects, if you have not seen the trailer then check it out now:

You may have spotted the flying men jumping out of the aircraft during the trailer and thought it looked impressive, well it might seem even more impressive when you learn that they actually did this for real in Chicago, truly amazing stunts:

Are you looking forward to Transformers 3? Do you think it will live up to the previous two? What are your thoughts on Fox being replaced by Huntington-Whiteley?

–Also, don’t forget to get your Transformers t-shirts in time for the films release! We will be disappointed if you are not wearing one when you go to see the film!