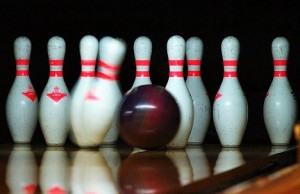 Volcano (1997) Film4 4:35pm-6:35pm (2 hours)
A river of molten lava spews from an erupting volcano onto the streets of Los Angeles, prompting the head of a crisis agency to team up with an intrepid scientist in a frantic and dangerous bid to save the city’s residents. Disaster thriller, starring Tommy Lee Jones, Anne Heche, Gaby Hoffmann, Keith David and Don Cheadle.

I, Robot (2004) Film4 6:35pm-9:00pm (2 hours 25 minutes)
The inventor of an advanced form of intelligent robot is found dead, and the detective investigating the case is certain that one of the scientist’s mechanical creations is responsible – but no one believes his theory because the robots have been programmed to prevent them from harming humans. Sci-fi thriller, inspired by the Isaac Asimov stories, starring Will Smith, Bridget Moynahan and Alan Tudyk.

The Silence of the Lambs (1991) Channel 5 10:30pm-12:40am (2 hours 10 minutes)
Trainee FBI agent Clarice Starling is sent to interview an imprisoned psychopath with a taste for eating his victims. The inmate offers to help catch a serial killer who is holding a politician’s daughter hostage – but to learn what he knows, Clarice has to engage in his dangerous mind games. Jonathan Demme’s Oscar-winning thriller, based on Thomas Harris’s novel, starring Jodie Foster, Anthony Hopkins, Scott Glenn and Ted Levine.

Lethal Weapon 2 (1989) ITV 10:50pm-1:00am (2 hours 10 minutes)
Headstrong cop Martin Riggs and his cautious partner Roger Murtaugh stumble across a plot by a South African diplomat to launder drugs money by shipping gold coins into the US via his embassy. Protected by diplomatic immunity, the crook looks certain to evade the law – while his chief henchman has a connection to Riggs’ traumatic past. Action thriller sequel, with Mel Gibson, Danny Glover, Joe Pesci, Joss Ackland, Derrick O’Connor and Patsy Kensit.

The Fly (1986) Film4 11:10pm-1:00am (1 hour 50 minutes)
A scientist invents a teleportation machine, but as he prepares to test the apparatus on himself he is unaware that a housefly is inside the system with him. The experiment causes his body to splice genetically with the insect, leading to a terrifying and grotesque transformation. David Cronenberg’s remake of the 1950s horror, starring Jeff Goldblum, Geena Davis and John Getz.

The Return of the Pink Panther (1974) Sony Movie Channel 11:30am-1:55pm (2 hours 25 minutes)
The inept Inspector Clouseau sets out to unmask a notorious international jewel thief believed to be behind the theft of a priceless diamond – but anarchy, as ever, follows wherever he goes. Blake Edwards’ comedy sequel, starring Peter Sellers, Christopher Plummer, Catherine Schell, Herbert Lom, Burt Kwouk and Graham Stark.

Brewster’s Millions (1985) Sony Movie Channel 1:55pm-4:05pm
A baseball player is stunned to learn he has come into a massive inheritance. Unfortunately, there is one condition – he must somehow find a way to spend $30million in just one month, or he will lose the lot. Meanwhile, two scheming lawyers, who stand to get the money if he fails, are determined to sabotage his efforts. Comedy, starring Richard Pryor, John Candy, Lonette McKee and Jerry Orbach.

Smokey and the Bandit II (1980) Sony Movie Channel 4:05pm-6:20pm (2 hours 15 minutes)
The maverick haulier must overcome a crisis of confidence when he and his friends are hired to transport a pregnant elephant to Texas, a mammoth task that proves far from easy, especially with their old enemy in hot pursuit. Road comedy, with Burt Reynolds, Jackie Gleason, Jerry Reed, Dom DeLuise and Sally Field.

Timecop (1994) 5STAR 11:00pm-1:00am
A federal agent entrusted with preventing the misuse of time travel sets out to track down a corrupt politician who plans to manipulate history. However, he also faces the temptation to abuse his powers so he can prevent his wife’s death. Sci-fi adventure, starring Jean-Claude Van Damme, Ron Silver, Bruce McGill and Mia Sara.

Whatever you’re up to this weekend, don’t get cold feet and remember to close all the windows.