Melty McMelt Melt! With another steamer of a week that saw more icecream melting down our fingers than made it into our messy mouths, it’s that time again once more to dive into all the films heading our way this weekend and pick out our very faves! Let’s take a look… 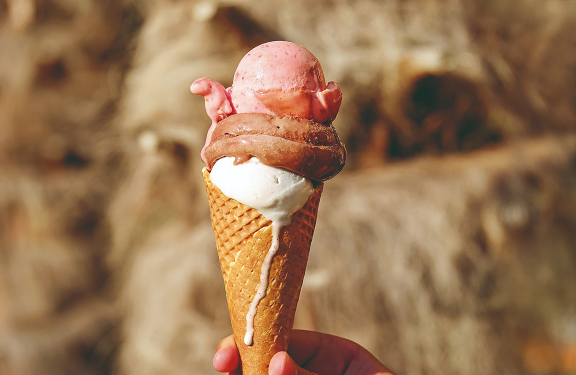 Small Soldiers (1998) E4 10:00am-12:10pm
A computer chip brings a squad of toy soldiers to life, causing mayhem for their owner. Children’s adventure, with Kirsten Dunst and Gregory Smith. and the voice of Tommy Lee Jones.

END_OF_DOCUMENT_TOKEN_TO_BE_REPLACED

Cinnamon bagels! Is it the weekend?

So on a blistering hot sunny afternoon tucked away in the rear of a bustling garden party as youngsters run a muck with water pistols and elders fall foul of drunken shenanigans let us be your ever so manly expert at everything Barbeque Chef as we light our coals with retro movie magic, we’ll cook until tastefully charcoaled mouthfuls of cinematic classics before we fall into a deep meat coma of celluloid wonder.

Beethoven (1991) ITV2 2:40pm-4:25pm (1 hour 45 minutes)
An all-American family adopts a huge St Bernard, but the father is dismayed when it turns into a one-dog disaster zone. He insists the  mutt must go to a new home, but when it is kidnapped by a crooked vet, dad has a change of heart and races to the rescue. Comedy, starring  Charles Grodin, Bonnie Hunt, Oliver Platt and David Duchovny.

Ghostbusters (1984) 5* 6:50pm-9:00pm (2 hours 10 minutes)
Three eccentric scientists put their hi-tech gadgetry and knowledge of the paranormal to money-making use by setting up in business as  freelance ghost catchers. A musician calls them in to investigate when she sees strange creatures in her kitchen, only to end up  possessed. As the spook-hunting team members deal with an attempt to shut their operation down, they discover an evil demonic entity is  being summoned into existence and it falls to them to stop this creature from destroying the world. Supernatural comedy adventure,  starring Bill Murray, Dan Aykroyd, Harold Ramis, Sigourney Weaver, Ernie Hudson and Rick Moranis.

Die Hard 2 (1990) Film4 9:00pm-11:20pm (2 hours 20 minutes)
Tough cop John McClane arrives at an airport to pick up his wife, but finds himself plunged into a bloody life-or-death struggle. He must  battle terrorists who have seized control of the terminal as part of a campaign to secure the release of a convicted drug baron. Action  thriller sequel, starring Bruce Willis, Bonnie Bedelia, William Sadler, Franco Nero and William Atherton.

Coming to America (1988) E4 9:00pm-11:20pm (2 hours 20 minutes)
A bored African prince defies his father’s plans for an arranged marriage and escapes to the USA to find a bride on his own terms. Comedy,  starring Eddie Murphy and Arsenio Hall in several roles, with James Earl Jones, Allison Dean, Eriq La Salle and Madge Sinclair.

See No Evil, Hear No Evil (1989) Channel 5 12:55pm-2:45pm (1 hour 50 minutes)
A blind man and his deaf friend go on the run to clear themselves of a trumped-up murder charge. However, all kinds of oddball characters  are on their trail, determined to get hold of a top-secret microchip that the duo do not know they have. Comedy, starring Richard Pryor,  Gene Wilder, Kevin Spacey, Joan Severance, Alan North and Anthony Zerbe.

Stand By Me (1986) Channel 5 2:45pm-4:20pm (1 hour 35 minutes)
Four 12-year-old best friends embark on a life-changing adventure in the Oregon wilderness in search of a missing teenager’s body, unaware  of the trials and triumphs that await them. Rob Reiner’s 1950s-set coming-of-age drama, based on a novella by Stephen King, starring River  Phoenix, Wil Wheaton, Jerry O’Connell, Corey Feldman, Kiefer Sutherland and Richard Dreyfuss.

Jurassic Park III (2001) ITV2 6:00pm-7:45pm (1 hour 45 minutes)
Palaeontologist Dr Alan Grant is lured to a dinosaur-infested island by a divorced couple who offer to fund his research, unaware their  real motive is to find their missing son – and that the creatures on the island are far more intelligent than anyone suspected. Action  adventure sequel, starring Sam Neill, William H Macy, Tea Leoni and Alessandro Nivola.

The Running Man (1987) Channel 4 10:45pm-12:40am (1 hour 55 minutes)    A helicopter pilot is framed for the murder of starving civilians – and ends up being forced to take part in a brutal TV game show in  which a succession of gadget-wielding killers hunt him on the streets of Los Angeles. Sci-fi action adventure, starring Arnold  Schwarzenegger, Yaphet Kotto, Maria Conchita Alonso and Richard Dawson.

Whatever you get up to this weekend remember to always take one down and pass it around and always enjoy yourselves.