Skip to content
Just like when the perfect song comes on at the perfect moment, we’re here to hit play on some total classics that not only will you know and love, but they’ll have to enjoy them like a classic tune you know all the words too that take you right back. Enjoy! 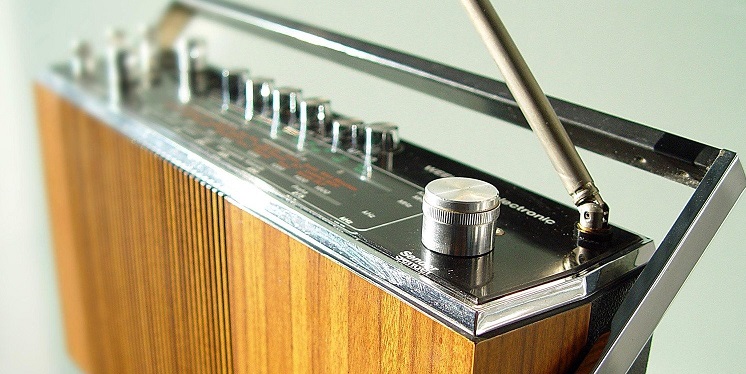 END_OF_DOCUMENT_TOKEN_TO_BE_REPLACED

Sweet honey and pancakes! Must be time for another retro movie weekend!

With a swish and a swoosh, we’re making quick work of the almost herculean task of freshly painting a black canvas of a room (we said almost). Starting at one corner, we’ll watch the fresh, bright new colour explode outwards with each new stroke of the brush as we breathe a whole new character to a once tired and uninspiring space. With the smell of newness and change in the air, we’ll step back from our work to admire our new creation before taking a moment to capture our achievements onto celluloid wonder.

.
Gold (1974) Channel 5 11:25am-1:50pm (2 hours 25 minutes)
A South African engineer is appointed general manager of a gold mine, and exposes a conspiracy to boost the price of the ore by drilling into an underground lake beneath where the company is digging, causing a devastating flood. Action adventure based on a novel by Wilbur Smith, starring Roger Moore, Susannah York, Ray Milland, Bradford Dillman and John Gielgud.

101 Dalmatians (1996) 5STAR 2:50pm-5:00pm
Wicked fashion designer Cruella De Vil steals a huge litter of newborn Dalmatian puppies to turn into a magnificent coat – but the lucky pups have many four-legged friends who are determined the evil woman and her cronies will get their just deserts. Disney’s live-action remake of the animated comedy adventure, starring Glenn Close, Jeff Daniels, Joely Richardson, Hugh Laurie and Mark Williams.

Looney Tunes: Back in Action (2003) ITV2 4:05pm-5:50pm
Daffy Duck tires of playing second fiddle to Bugs Bunny, so sets off to seek his fortune. He ends up helping a would-be stuntman rescue his screen idol father, in reality a secret agent, who has been kidnapped by the deranged chairman of the Acme Corporation. Live action and animated comedy, with Brendan Fraser, Steve Martin, Timothy Dalton and Jenna Elfman.

Clueless (1995) Film4 5:05pm-6:55pm (1 hour 50 minutes)
A rich high-school student uses all her charm and financial clout to boost an awkward new pupil’s image, but soon finds she has created a monster – while her own popularity suffers in the process. Comedy inspired by Jane Austen’s Emma, starring Alicia Silverstone, Stacey Dash, Brittany Murphy and Paul Rudd.

Big Momma’s House (2000) 5STAR 8:30pm-10:35pm
A dedicated FBI agent will stop at nothing to catch a dangerous escaped convict, even if it means donning a fat suit and drag to pose as the obese old woman who lives across the road from the felon’s girlfriend. Comedy, with Martin Lawrence, Nia Long, Paul Giamatti, Jascha Washington, Terrence Dashon Howard and Ella Mitchell.

.
The Love Bug (1968) Film4 1:00pm-3:10pm (2 hours 10 minutes)
Herbie, an irrepressible Beetle car with a mind of its own, takes a shine to a struggling racing driver and leads him to victory on the track. However, his success attracts the attention of an unscrupulous rival competitor, who will go to any lengths to win the most important race of all. Disney comedy, starring Dean Jones, Michele Lee, Buddy Hackett and David Tomlinson.

Inspector Gadget (1999) ITV2 3:00pm-4:35pm (1 hour 35 minutes)
A clumsy security guard is critically injured during a run-in with a thief, so his cybernetics-expert employer transforms him into the ultimate crime-fighting machine – a bionic officer with an array of gadgets and weaponry cunningly concealed inside his body. Disney comedy adventure based on the 1980s cartoon series, starring Matthew Broderick, Rupert Everett and Joely Fishe.

The River Wild (1994) Film4 6:50pm-9:00pm (2 hours 10 minutes)
A headstrong white-water rafting expert embarks on a holiday with her family, but their fun comes to an abrupt end when two killers show up. The fugitives’ only escape route from the law is down a raging river, so they take the woman and her son hostage to act as guides. Meanwhile, her husband desperately tries to keep track from the riverbank, waiting for his opportunity to launch a rescue attempt. Action thriller directed by the late Curtis Hanson, with Meryl Streep, Kevin Bacon, David Strathairn and Joseph Mazzello.

X-Men (2000) E4 7:00pm-9:00pm (2 hours)
Super-powered outsiders Rogue and Wolverine find themselves at a school for mutants which is run by a benevolent psychic professor. While there, they agree to join others with similar gifts to take on a superhuman mutant terrorist faction intent on establishing dominance over mankind. Sci-fi comic-book adventure, starring Hugh Jackman, Patrick Stewart, Ian McKellen, Anna Paquin and Halle Berry.

Cliffhanger (1993) ITV 10:45pm-12:45am (2 hours)
A retired mountain rescue expert is drawn into a battle of wits with a psychopathic criminal searching for a $100million fortune lost in the Rockies – and puts his life on the line as he negotiates the treacherous mountains in a bid to stay one step ahead of the crook. Action thriller, starring Sylvester Stallone, John Lithgow, Janine Turner and Michael Rooker.

Sleepy Hollow (1999) Channel 4 11:00pm-1:00am (2 hours)
A sceptical 18th-century detective is sent to a small hamlet supposedly terrorised by a demonic headless horseman who decapitates his victims. The investigator refuses to believe in the supernatural, convinced a human killer is behind the murders – but the legend proves to be all too true. Tim Burton’s gothic horror, starring Johnny Depp, Christina Ricci, Miranda Richardson and Christopher Walken.

The Cider House Rules (1999) BBC2 11:30pm-1:30am (2 hours)
An orphan grows up under the wing of the doctor running the home where he lives, and helps him deliver babies to unmarried mothers and perform abortions. However, he is eager to see more of life and joins a pilot and his girlfriend on the road – but unforeseen events present him with a host of difficult personal and moral decisions. Drama, starring Michael Caine in an Oscar-winning role, with Tobey Maguire, Charlize Theron and Paul Rudd.

Whatever you’re up to this weekend, always remember to hit save and don’t forget to always have spare batteries around….just in case.

So what are your favourite moments or characters from this iconic flick? Let us know by commenting below. 🙂
xoxo