Bag a bargain! It’s only the weekend again!

So! Like all you eager shoppers out there who are forever on the hunt to a deal, we’re searching high and low through the weekend sniffing out some of the top retro films! Loving nothing more than getting something amazing at an unbelievable price, we’ll enter our voucher code onto the site then jump for joy as soon as that confirmation email pops through just like some of the top films of the weekend being delivered straight to your living rooms, ready to make your live just that extra bit more awesome.

.
Fantastic Mr Fox (2009) More4 11:50am-1:35pm (1 hour 45 minutes)
A rebellious fox decides it is time to grow up and change his chicken-stealing ways for the sake of his wife and children. However, the presence of three wicked farmers near his woodland home proves a challenge he cannot resist. Stop-motion animated adventure based on the novel by Roald Dahl, with the voices of George Clooney, Meryl Streep, Jason Schwartzman and Bill Murray.

The Importance of Being Earnest (2002) BBC2 London 1:30pm-3:00pm (1 hour 30 minutes)
Two bachelors using the same pseudonym capture the hearts of a couple of girls during a delightful weekend in the countryside. However, their cunning deception leads to all manner of hilarious confusion as the ladies in question attempt to work out who is who. Adaptation of Oscar Wilde’s comedy, starring Rupert Everett, Colin Firth, Frances O’Connor, Reese Witherspoon, Judi Dench and Tom Wilkinson.

Beethoven’s 2nd (1993) ITV2 2:30pm-4:20pm (1 hour 50 minutes)
The slobbering St Bernard is now grown up and in love with his beautiful sweetheart Missy. Together they bring a litter of puppies into the world – but have to go on the defensive when Missy’s owner, the evil Regina, sets out to steal them for herself. Comedy sequel, starring Charles Grodin, Bonnie Hunt, Chris Penn, Nicholle Tom and Christopher Castle.

Teen Wolf (1985) Syfy 4:00pm-6:00pm (2 hours)
A teenage misfit is initially dismayed to learn he is a werewolf as a result of a hereditary curse. He finds there are advantages as he becomes a local celebrity, while his enhanced agility makes him the star player of his school’s basketball team – but fame quickly goes to his head. Comedy, starring Michael J Fox, James Hampton and Susan Ursitti.

The Parent Trap (1998) Film4 6:25pm-9:00pm (2 hours 35 minutes)
Category: Comedy Rating 7 Identical twin sisters who are unaware of each other’s existence meet by accident. They decide to join forces in a bid to reunite their estranged parents, and switch places to get the warring couple to kiss and make up. Remake of the 1961 Disney comedy, starring Dennis Quaid, Natasha Richardson, Elaine Hendrix and Lindsay Lohan in a dual role.

Beauty and the Beast (1991) Sky Movies Disney HD 8:00pm-9:30pm (1 hour 30 minutes)
A bookish woman agrees to take her father’s place as prisoner of a fearsome monster living in a castle deep in the forest. She gradually grows to see a gentler, more human side to her hideous host, and comes to realise she may be able to break the curse that turned him into a beast in the first place. Disney animated fantasy, with the voices of Paige O’Hara and Robby Benson.

.
Addams Family Values (1993) E4 4:00pm-6:00pm (2 hours)
Spooky couple Gomez and Morticia hire a nanny to look after their new baby son – and stop him suffering an early death at the hands of his jealous elder siblings. Romance soon blossoms between the new childminder and Uncle Fester, but he does not realise she is planning to kill him once she has got hold of the family fortune. Comedy sequel, starring Anjelica Huston, Raul Julia, Christopher Lloyd, Christina Ricci and Joan Cusack.

Cocoon (1985) Film4 5:05pm-7:20pm (2 hours 15 minutes)
The elderly residents of a retirement home treat themselves to an occasional dip in the pool at an abandoned house. It turns out that friendly aliens in human form are using the place to restore dormant members of their species – and energy from their cocoons is giving the old-timers a new lease of life. Ron Howard’s sci-fi drama, with Wilford Brimley, Jessica Tandy, Hume Cronyn, Don Ameche and Steve Guttenberg.

The Little Mermaid (1989) Sky Movies Disney HD 6:30pm-8:00pm (1 hour 30 minutes)
Underwater princess Ariel becomes bored with her aquatic existence and spends her time spying on humans, much to the annoyance of her father. Longing to live on land, she strikes a deal with a banished sea witch in order to become human and meet a prince – but there is a price to be paid. Disney’s animated adventure, with the voices of Jodi Benson, Christopher Daniel Barnes and Rene Auberjonois.

The Untouchables (1987) Sky Movies Select HD 8:00pm-10:00pm (2 hours)
Incorruptible federal agent Eliot Ness is assigned the task of fighting organised crime in Prohibition-era Chicago and bringing the notorious crime boss Al Capone to justice. Aware crooked police are undermining his investigations, he puts together his own elite squad to take on the Mob. Brian De Palma’s crime thriller, with Kevin Costner, Robert De Niro, Andy Garcia and Sean Connery, who won an Oscar for his performance.

Fun Fact: Robert De Niro insisted on wearing the same style of silk underwear that Al Capone wore made by the same tailors, even though it would never be seen on camera. The producers, knowing DeNiro’s reputation as a Method actor, gave in.

Scarface (1983) Sky Movies Select HD 10:00pm-12:55am (2 hours 55 minutes)
Small-time crook Tony Montana emigrates from Cuba to the US, determined to become rich and powerful. Admitted into the inner circle of a Miami drug lord, he ultimately takes over his boss’s empire and even his wife. However, his paranoia and cocaine addiction begin to spiral out of control, while his enemies circle, waiting for the chance to bring him down. Gangster thriller remake, with Al Pacino, Michelle Pfeiffer and Robert Loggia.

Whatever you’re up to this weekend, make sure you put the lid back on tight and that eating both sides of a Kit Kat at the same time isn’t a crime, it’s just frowned upon.

With the magical Christmas season well and truly upon us, it just feels right to revel in all things sparkly and nostalgic! Disney fairytale movies and classic cartoon characters are always a hit on TruffleShufle.com.

If Aurora’s tale of deceit, a very lengthly nap and true love, tickles your princessy tendencies, this beautiful and EXCLUSIVE to TruffleShuffle, Sleeping Beauty Disney T-Shirt from Junk Food is an absolute must! Team it with a pair of leather skinnies for an edgy, contemporary look.

(Get them while you can, these are LIMITED stock)

We also have some absolutely fabulous Disney Couture Jewellery to complete the look!

For the chaps, we have some awesome Disney T-shirts too! Perfect to causally wear with chino’s or jeans. 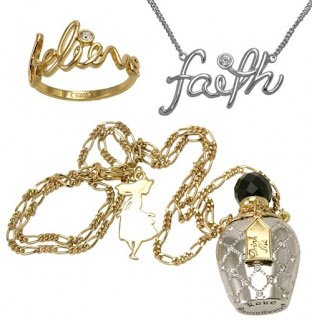 We have had to keep this collection top secret for what seems like forever! But with all of these stunningly magical pieces due to arrive with us any day now, we can now give you a sneak peek into the brand new Inspiration Collection from Disney Couture! And oh my, it sure was worth the wait! 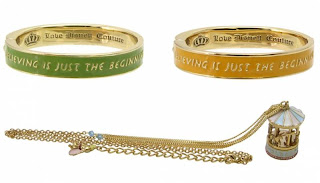 Every single piece is gorgeously special with exquisite, intricate details which come in the form of hidden gems, charms and adorable little messages (lines from your favourite Disney movies) such as ‘Have Faith in Your Dreams’ and ‘Believing is Just the Beginning’. Disney classics, Tinkerbell, Cinderella, The Little Mermaid, Alice in Wonderland and Cinderella are all here, with Winnie The Pooh, Pinocchio and Dumbo making their debut here at TruffleShuffle, we really are super-duper excited and just know you will be too! 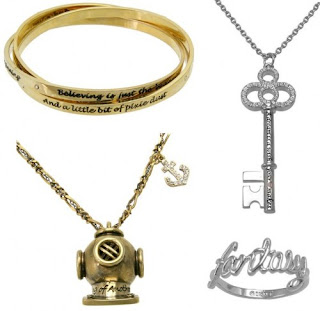 With a choice of fabulous sparkling designs in both silver and gold, and an offering including rings, bracelets, stacking bangles and necklaces to choose from, it really is a Disney Couture fan’s dream! All this, and just in time for Christmas too! Snuggled neatly in their Disney Couture branded satin pouches, any of the fantastic pieces in this collection would make the perfect gift for someone uber special and stylish! Keep a look out , they are coming very soon! xoxo